Hello, my family is planning a trip to WDW in August of this year and we were looking to do something a little different. I’ve heard about Disney After Hours but wanted a little more information before committing. Is this an experience you have ever done or would you even consider it? Also, any insight on how frequent Disney After Hours occurs at Magic Kingdom in August, (specifically the first week)? Thanks! 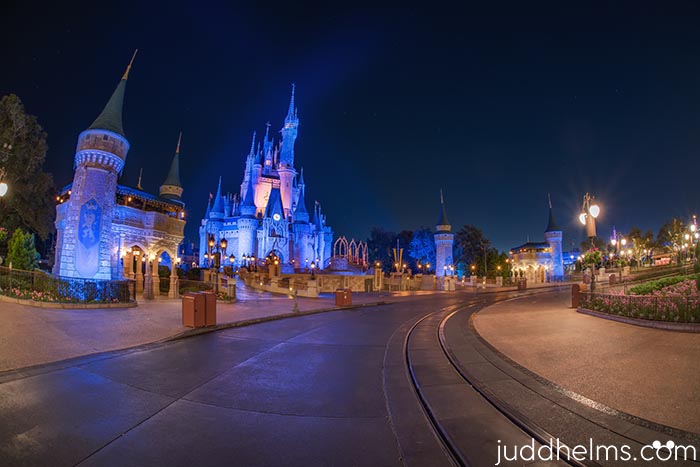 It might not be this empty, but almost – photo by Judd Helms

Disney After Hours is the BEST time to get a lot of rides done. By far. During After Hours in the Magic Kingdom (or any other park) you can literally walk on to rides without any wait. Every ride. All night. NO WAIT. NO LINE.

What is Disney After Hours?

Lyle, you already know this, but I need to say it anyway. Disney After Hours is a special ticket event which gives you entry to the park in the evenings after the park closes. For the Magic Kingdom it’s 3 extra hours. After Hours is available on limited dates during the year.

Unlike Extra Magic Hours, Disney After Hours open to anyone, not just Disney Hotel guests. The big difference is After Hours costs money. A lot of money.

The current cost for the Magic Kingdom event is $129 for adults and children (children pay full price) in advance and $139 when purchased day of the event. That’s as much or more than for a one day ticket. A lot of money.

Disney After Hours is also available in Disney’s Hollywood Studios and Animal Kingdom.

While I haven’t done After Hours in the Magic Kingdom, I have experienced it at Disney’s Hollywood Studios. This was before Galaxy’s Edge opened, but we (there were 3 of us) walked on to rides all night with no wait.

During regular hours it would have taken at least 5 or 6 hours to do all of those rides. And no, we weren’t running from ride to ride. We were never in a hurry. We even stopped and to eat a “free” Coke and Mickey Bar.

Disney After Hours at Magic Kingdom during August 2020

Dates for After Hours are only posted through mid-July, so we don’t know exactly when or if there will be any in August. Last year, there was a Magic Kingdom After Hours event on August 1st and 8th. My guess is we’ll see about the same pattern this year. I’d expect the 3rd and 10th, but there’s no guarantee. Disney isn’t exactly predictable when it comes to dates and when they make dates available.

Is it “Worth” the Money?

One question I hear a lot about extra ticketed events goes something like, hey Dad, is (insert event) worth the money? That’s a good and fair question, especially for Disney After Hours because it’s a LOT of money for just a few hours.

Usually, I say, that events are all about the “experience”. Events like Mickey’s Not So Scary Halloween Party and Mickey’s Very Merry Christmas Party, where crowds are smaller and there are special shows and things. It’s all about the experience, because even with the smaller crowds you probably don’t get your money’s worth riding rides, etc.

When it comes to After Hours, while it’s a lot of money, I do think it’s worth it even for just a couple of hours. One of the things I talk about is being able to do 9 attractions by noon in the Magic Kingdom on a normal day. I haven’t done it yet in the Magic Kingdom, but I would guess, you might be able to do all 21 rides that are open in the three hours. That doesn’t include any sit down shows or character greetings, but if you hurry with a good PLAN you just might do it.

21 rides in 3 hours, that would be worth almost any price. If you want to ride a lot of rides in a short amount of time, Disney After Hours is the way to go.

Mmmm. Might be something I need to test. When is my next trip to Disney World?

Lyle, I hope that helps. There should be a Disney After Hours in the Magic Kingdom the first week of August. I do think it’s worth the extra money. It’s cool to walk on to rides with no wait at all.

PS. If you have experienced Disney After Hours in the Magic Kingdom, tell us about it in the comments below. We’d love to hear about it.