“Is the worth the extra for VIP parade view? We like Tony’s, but we don’t have to eat there. Just wondering if it was worth it.” 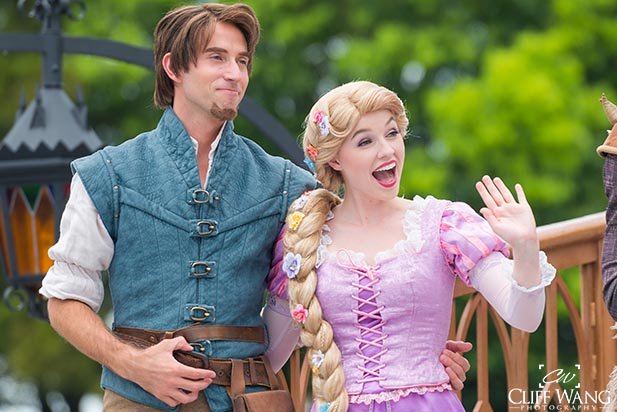 Kelly, neighbor, howdy! I’m going to be in Arkansas, as a matter of fact, on Sunday. I’m going to see my mom and my sisters. They live in Arkansas. But enough of the chit chat, let’s see if we can kind of tackle your question.

Is the Festival of Fantasy Dining Package worth it? Let’s talk first about the meal. Now, I just did a little research, and The Festival of Fantasy Parade Dining Package costs $49. So, if you’re eating at Tony’s Town Square Restaurant, as part of the package you get an entrée, a appetizer, a dessert, and a drink. Appetizer, entrée, dessert, drink.

You can get a meal that costs more than $49 at Tony’s, but $44 is the average. So, to say that you’re paying extra for it is not exactly true because you can go above $49 with the menu at Tony’s.

But let’s say you went average, that’s a $44 meal. That means you’re paying $5 for the seat at the Festival of Fantasy Parade. The protected seat, the seat you don’t have to sit and wait for an hour or two. The seat where you have a amazing view of the parade coming right at you down Main Street. (The seats are right at the end of Main Street, right where they make the turn. They turn right in front of you. Just about the perfect place to sit.)

So you’ve got a seat right on Main Street, protected, just for you. Pretty good deal for $5. Is it worth it? I think so. I’d pay it, absolutely. Now, if you don’t like Tony’s, well, then maybe not so much. But it sounds like a pretty good deal to me. I’d sure do it.

Dad’s bottom line is do the math, look at the menus, see what it would cost you, and see if you’re willing to pay that for an awesome, not having to hold it, seat for the Festival of Fantasy Parade.