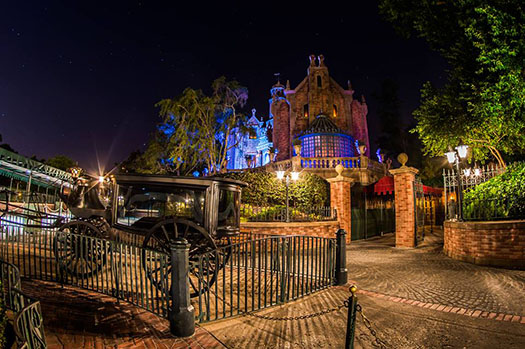 The Haunted Mansion is one of those rides you either love or you hate. It has spawned it’s own bad movie (starring Eddie Murphy) and has numerous fan websites the best of which is DoomBuggies.com. This ride is huge. It’s great. You’ll love it.

“Drag your bodies away from the wall, into the dead center of the room”.

A couple of years ago Disney really upgraded the line area for the Haunted Mansion. It all starts outside the grounds of the mansion. Take a look.

The Busts outside of the Haunted Mansion 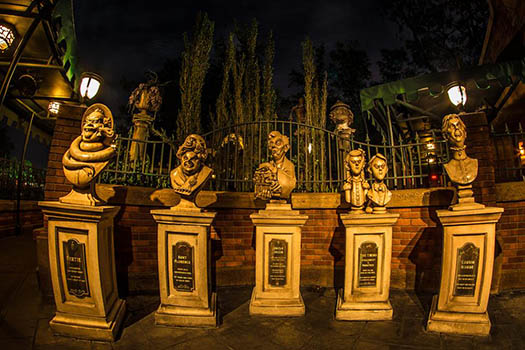 Disney also spiffed the queue (line) area. Instead of just waiting in line and seeing the gravestones, now there is an interactive area where you can get lost playing on the big organ. 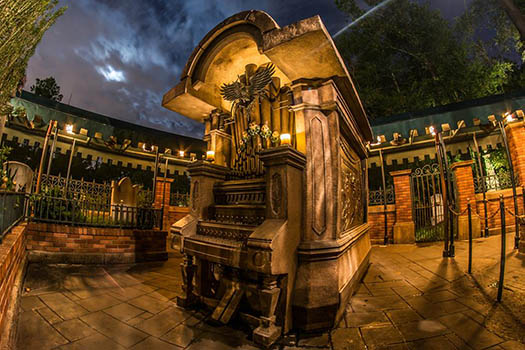 Then there are the tombstones. These used to be just decorations, now watch them for a while, you never know what you are going to see. Make sure to catch Madame Leota.

Now it time for the ghosts, ghouls, goblins and skeletons. The things that go bump in the night.

The ride starts out by insulting the guests. That’s a great way to start. Foolish mortals indeed.

You start out in a “stretch” room where you are introduced to the ghost host. The room goes dark and then it’s time to move on to your Doom Buggy trip through several scenes of the dear departed. All of the ghosts are of the “Casper” kind, friendly.

The Disney Haunted Mansion opened in 1971 when the Magic Kingdom opened. A “re-haunting” was completed in 2007.

Here are some fun facts about the Disney Haunted Mansion. 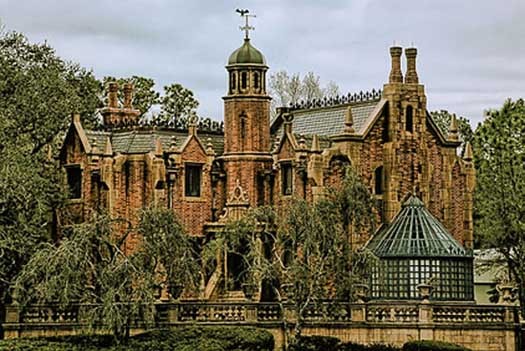 Shouldn’t lightning should be flashing in the background. Photo by Joe Penniston

Hitchhikers at the Haunted Mansion (don’t pick them up) 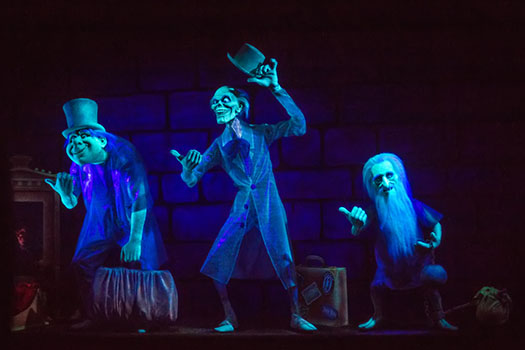 The Haunted Mansion and Halloween

Let’s see, the Disney Haunted Mansion and Halloween. That’s a match made in …

Boo To You Parade 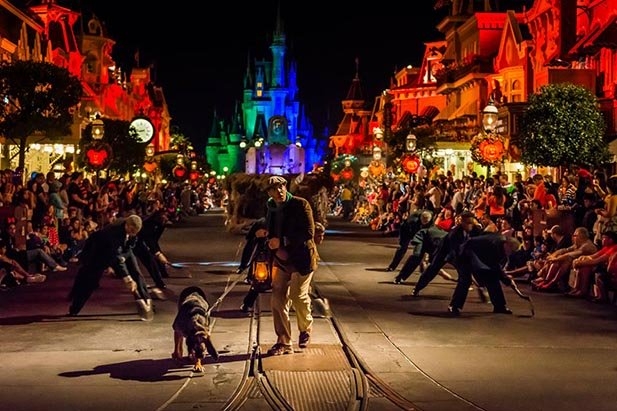 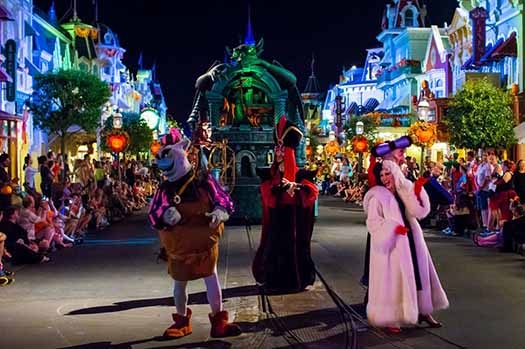 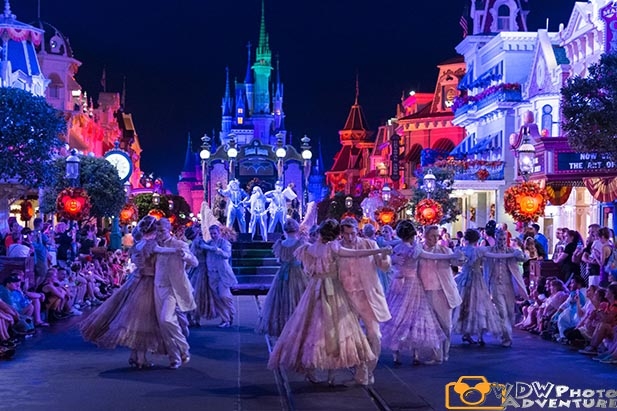 About an hour after the parade, one of the best fireworks shows Disney puts on (and Disney really knows how to put on a fireworks show) comes “alive” as Hallowishes haunts the skies over the Magic Kingdom. 999 “Great Grinning Ghosts” come out to socialize in a huge 20 minute fantasy in the sky. You don’t want to miss this. 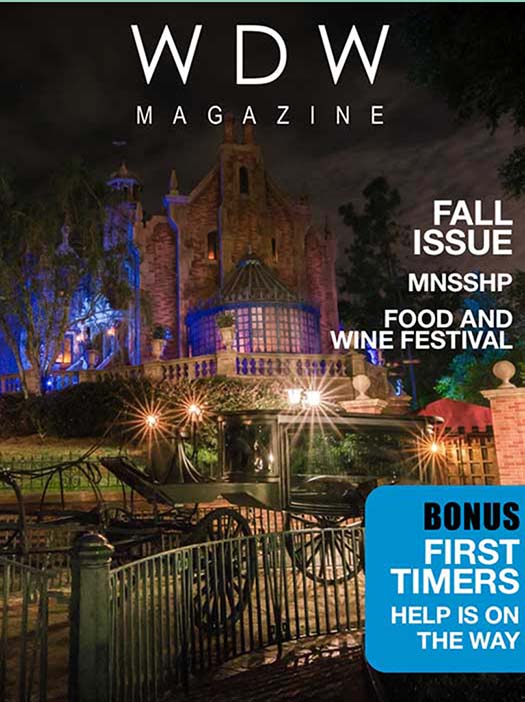 Disney’s Haunted Mansion is a haunted house in the best Disney tradition. There is no blood, no gore, no freaks, no Friday the Thirteenth type behavior, just good, dusty, ghostly fun.

Riding in the doom buggies is great, as long as they keep moving.

Disney denies (or is that encourages) all rumors about the Haunted Mansions really being haunted by real ghosts.