Dad knows how to deal with the Disney Hollywood Studios crowds. The Twilight Zone Tower of Terror, Rock ‘n’ Roller Soaster Starring Aerosmith, Toy Story Mania!, and Slinky Dog Dash crowds. Oh yeah, and the Fantasmic! crowds too. These are some of the great rides in Disney’s Hollywood Studios that attract huge crowds. And really long lines.

Disney Hollywood Studios is probably the hardest park to tour. Most of the attractions draw long lines all day. There are more shows here than any other park and that creates a challenge when developing a touring strategy. 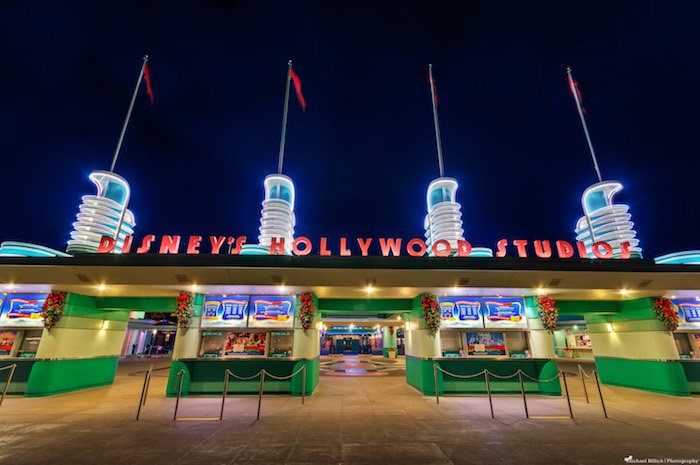 Find out how to beat the crowds at Disney’s Hollywood Studios. Photo by Mike Billick

The first thing you need to avoid Disney’s Hollywood Studios Crowds is to chose a time when there aren’t any crowds, or at least when the crowds are the smallest. What do you know. Dad has just the thing.

Check out Dad’s best time to visit Disney World page. It’s full of great advice and even has some calendars that will help you determine when the best time for your Perfect vacation might be.

Next you need to have a plan

Dad is big on planning. Even when the crowds are small it’s important to have at least an idea of what you are going to do. When crowds are big, it’s essential to have a pretty complete plan.

Planning for this park is a little different from the other parks. One of the big issues you deal with here are the shows. There are lots of great shows but unlike a ride, they don’t have back to back shows. You might not find out all the show times until you arrive at the park. They might conflict with each other, or your FastPass+ times or ADRs. You’ve got to be ready to adjust your PLAN on the fly. 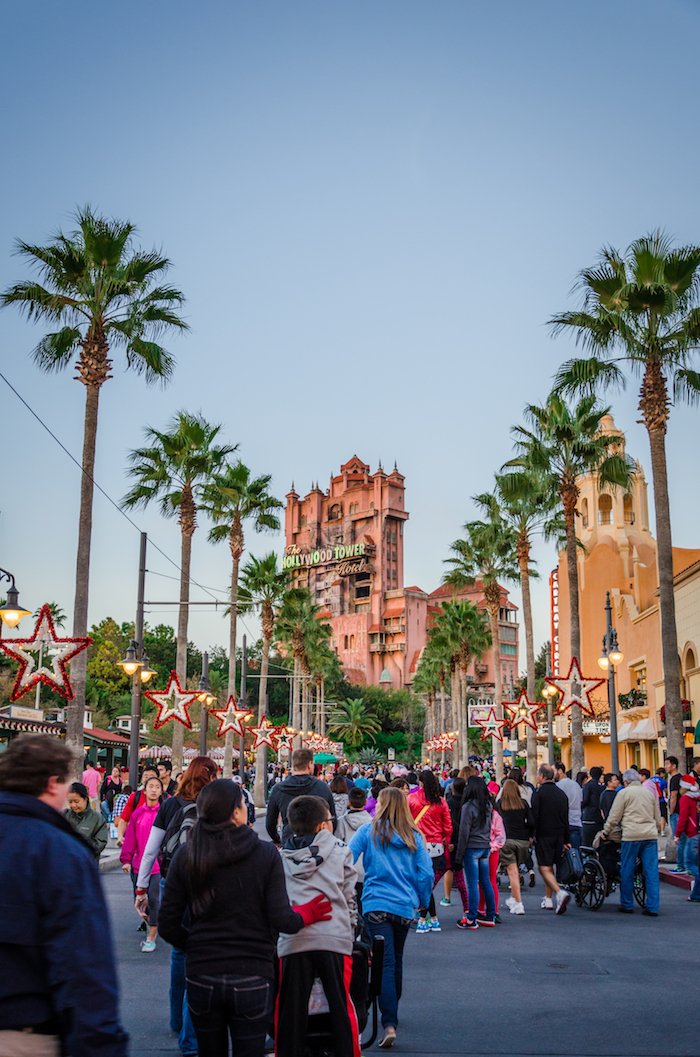 Check out the crowds heading to Tower of Terror and Rock ‘n’ Roller Coaster. Photo by Cliff Wang

If your family is really into thrills and you don’t care at all about riding “Buzz Lightyear on steroids” then when you arrive in the park, walk quickly to Rock ‘n’ Roller Coaster and grab a FASTPASS. After you have a FASTPASS, ride the ride. Yes, this way you can ride it twice.

Slinky Dog Dash and Alien Swirling Saucers are the newest rides at WDW and are hugely popular. Toy Story Mania! recently added capacity that has reduced the wait times but lines are still around 45 minutes. All 3 of these attractions are Fastpass+ Tier 1 – that means you can only reserve one in advance. Your priority for trying to secure them (assuming you want to ride them all) should be: Slinky Dog Dash, Alien Swirling Saucers, Toy Story Mania!

Now, for your Tier 2 FastPass+ options (you can choose two), you have some decisions to make. Rock ‘n’ Roller Coaster is also including in the Always A Good Idea categoy because it draws a big crowd all day – but you can bypass some of the line without FastPass+ by using the single rider option. Let’s take a look at your other Tier 2 options:

Fantasmic! is a nighttime spectacular with stadium seating so unlike traditional fireworks shows, you can‘t just look up to the sky to see it – people regularly line up for 1-2 hours so a FastPass+ is a good idea. Tower of Terror and Star Tours are popular but you can ride early or late without too much of a line.

The rest of the list are all the shows, and chances are good you can walk into the next performance – but consult your times guide or the My Disney Experience app to see what time they play on the date of your visit. Make a list of your show priorities with the family before leaving home so you can easily adjust your PLAN based on their schedule. 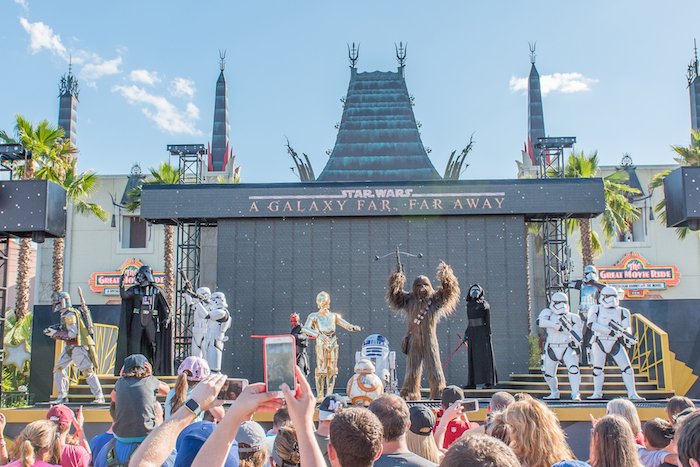 Crowds show up even for little shows. Photo by Laurie Sapp

Get a Personalized Plan

Would you like a personalized plan to help you avoid Disney Hollywood Studios crowds? Park plans are Touringplans.com specialty. Touringplans has over 140 pre-designed plans and it even has software that will let you prepare your own personalized plan and then tell you how to make it better (optimization).

A subscription to Touringplans.com also comes with the Lines app for your smart phone. Lines is the best, most accurate (in Dad’s opinion) park line length app on the market today. Not only does it tell you how long the lines are, it tells you when things are closed and even when the shows are. You gotta have this.

Want to know Dad’s other suggestions for dealing with the crowds? I thought you might. Here is some of Dad’s Sage Advice about tackling the Studios:

Get to the park early

The early bird gets the best. The least busy time to tour is the first couple of hours after the park opens. Try to arrive at the park at least 20 minutes before it opens (30-45 minutes if you need to get any tickets). Unlike the Magic Kingdom, stroller rental is inside the ticket gate. Even better – go during morning Extra Magic Hours. Trust me. 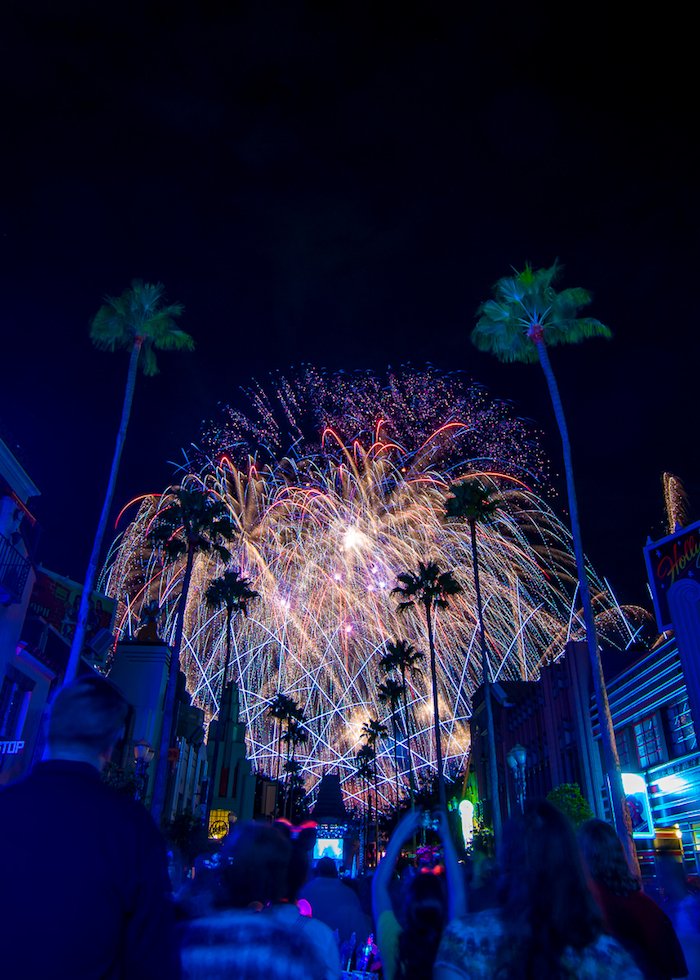 Don’t forget to account for Crowds at the fireworks. Photo by Laurie Sapp

Dad has totally revised his crowd avoidance plan for the Studios. I used to say go to Rock ‘n’ Roller Coaster first then Tower of Terror. Now, Dad recommends you get to the park when it opens and go directly to Toy Story Land. (Have I said that enough yet?)

Hopefully you have a FastPass+ for one of the attractions to use aat some point in the day. Do the other 2 and then head to Sunset Boulevard or to somw shows if you want to save the other thrills for later in the day or when your FastPass+ are valid.

Try to hit Star Tours during an Indiana Jones Stunt Show presentation. (See why.) Lines get very long right after the Stunt Show lets out. Same thing with Jedi Training: Trials of the Temple.

You’ll hear the you need to line up for Fantasmic! at least 90 minutes and maybe as much as 2 hours before show time. It’s kinda true. Even though it plays every night, long lines form quickly every evening just before sunset. Usually at 30 minutes before the show, earlier during the busier times, Disney Cast Members start turning away guests.

This is the nightly fireworks show at Disney’s Hollywood Studios (alhough sometimes at Christmas it’s replaced by Jingle Bell, Jingle BAM!) and unfortunately if Fantasmic! is only playing once per night, you’ll have to choose between the two shows. If Fantasmic! plays twice, yo ucan probably orchestrate your schedule to see both. 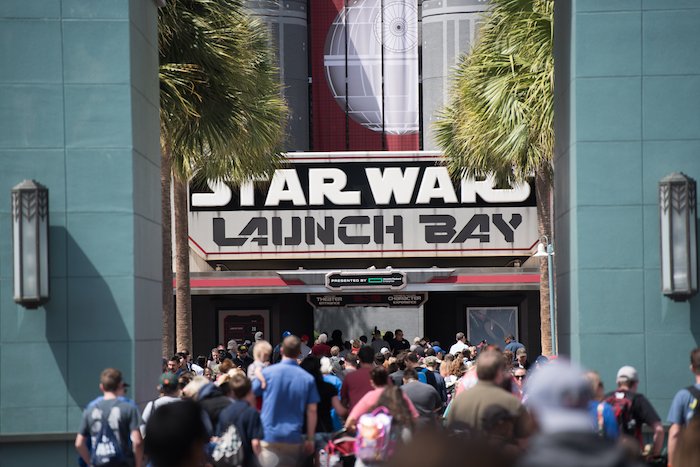 When Star Wars: Galaxy’s Edge opens in 2019, crowds are going to be INSANE for a few years. Photo by Cliff Wang

Want to know what the lines are like without running all over the park? Check out the wait times at Disney’s Hollywood Studios on the My Disney Experience App! It’s fast and easy – and it can save you a whole lot of time (and sweat).

If you still have questions about how to avoid Disney Hollywood Stuidos Crowds, why not see if Dad can answer it. Dad answers hundreds of questions each year about all kinds of things.

Disney Hollywood Studios crowds are some of the hardest to avoid at Disney World. Planning can help. Using common sense can help. But you just can’t beat getting to the park early.