Star Tours – The Adventures Continue is now accepting tours to “a galaxy far, far away…” Yes, this ride is all Star Wars, all the time. A few years ago they updated theride will now take you to destinations from all of the Star Wars movies – in 3D no less.

The scenes you see on each adventure are randomized so you have a different exterience each time. Put on your cool 3D glasses and off your go. May the force be with you. 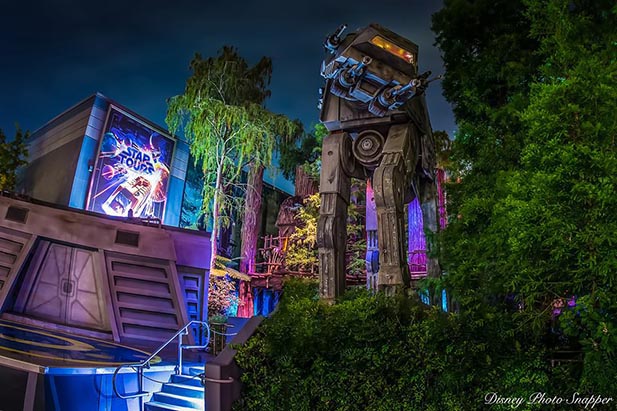 Disney has great preshows, and this is the best one at Disney World. Walk through a junkyard full of robots, speeder parts and all kinds of futuristic stuff in a departure bay for intergalactic travel. It’s very Star Wars.

As you stand just outside the doors to your flight vehicle, you’ll watch a safety movie that shows all of the “rules” for the flight. 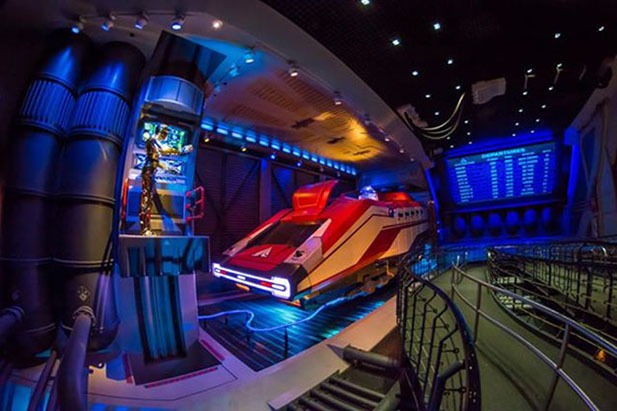 Warning: Disney Star Tours is a simulator ride that can be uncomfortable for those who suffer from motion sickness. (Back in the day, Body Wars at EPCOT was worse.)

C3PO is the accidently captain of your Starspeeder for a routine tourist flight when something goes wrong with the launch and away you go on an adventure of a lifetime. There are several different scenes now available in the ride. The show is divided into three acts and there are several options for each of the acts. In fact, there are 54 possible “tours” you could end up on. You shouldn’t see the same show twice which is good news. 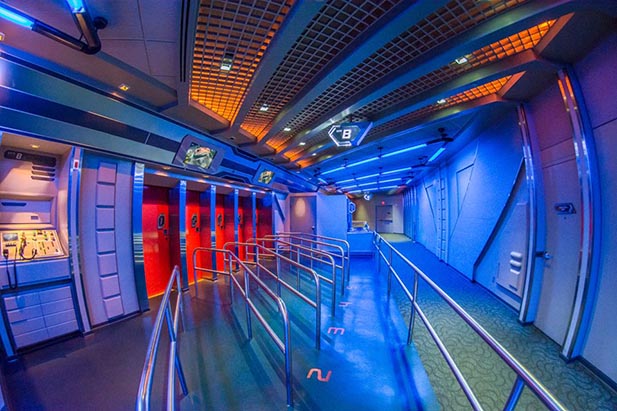 There isn’t a postshow, but you do end up in a gift shop called Tatooine Traders which has tons of Star Wars souvenirs. 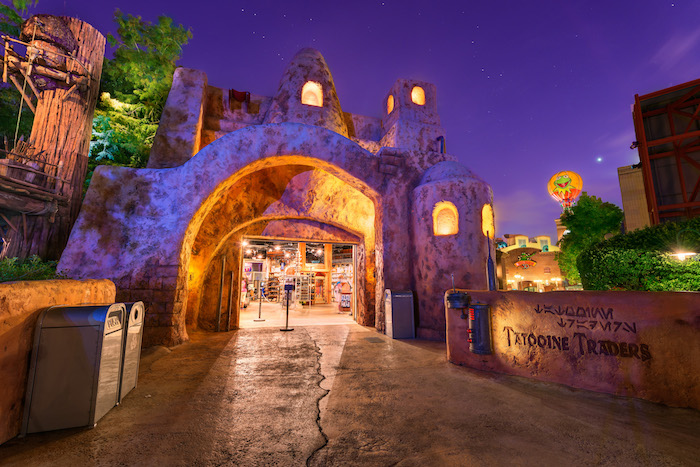 Tatooine Traders is the perfect place to stock up on Star Wars fan gear, Light Sabers, and ewok plushies. Photo by Matthew Cooper

This attraction first opened at Walt Disney World on December of 1989. Disney World was the third park where Disney Star Tours opened.

Star Wars is Dad’s favorite movie of all times. I still get chills when that great music starts. So it’s natural that Disney Star Tours is one of Dad’s favorite rides. If you aren’t bothered by the simulator, you don’t want to miss this one.