“Should I rent a car if I’m staying at an off-site hotel?” 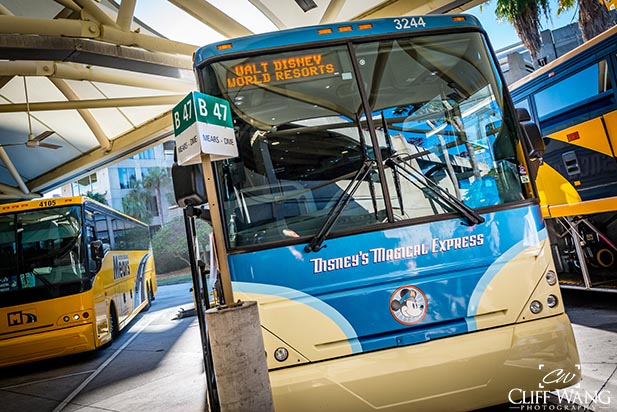 Amber, that’s one of those that it kind of depends. It depends on the hotel you’re staying at. If you were staying at, say, the Hilton in Disney Springs, which is right across the street from Downtown Disney, I’d say probably not because you can walk over to Downtown Disney and use the bus system over there. It’s a little more difficult but it’s not undoable. If you’re in one of the hotels down in Kissimmee or south of Celebration or any of that area just outside of Disney World, it depends on the hotel.

A few years ago, I was working in Orlando for a week and I decided I’d stay in one of the hotels just by Disney World, so if I had some time in the evening, I’d pop over to Disney World, eat some dinner there or go watch the fireworks on the beach or … so, I stayed in one of them and this is a big national chain, very well-known hotel at the time. If you were on any of the forums, it was the in style hotel. It was where you should go to stay, so I did. It was … Well, I tried to get on the shuttle.

I went to the concierge, said, “When’s the next shuttle?” “It’s an hour away.” “An hour away? Okay, so what’s the normal shuttle schedule?” “Well, we leave every hour on the top of the hour and the service runs from 9:00 a.m. to 9:00 p.m.” “What about after the fireworks?” “Nope. We come back, last shuttle leaves … The last shuttle leaves Magic Kingdom at 9:00 p.m.” “Okay.” I hopped in my car and I went down to wherever I wanted to go. I don’t even remember. It’s been a long time ago.

Anyway, so it depends on the hotel. It depends on their transportation options. If they have a shuttle service that runs a couple of times an hour, two or three times an hour, if they run all day from 6:00 in the morning or an hour before the parks open to a couple hours after, then I wouldn’t rent a car. This is coming from the guy that has the page that one of the first pages he wrote was a car at Disney World because I love having my own car.

I’m an Oklahoma guy who loves to do it himself. One of the problems with having a car is you got to pay for parking, $20 a pop, $20 a day for parking. Uber is an option. Taxis are an option but I like the freedom of having my own car. I’m just built that way. Depending on the transportation options that you have at the hotel, it might be or might not be.