by Brian P
(Fort Worth TX)

“Now that they’ve announced the dates for the Christmas parties, will this change the crowd calendars? We are planning to be in the Magic Kingdom on November 26th, 28th, and 30th, and that is the same day as the parties.” 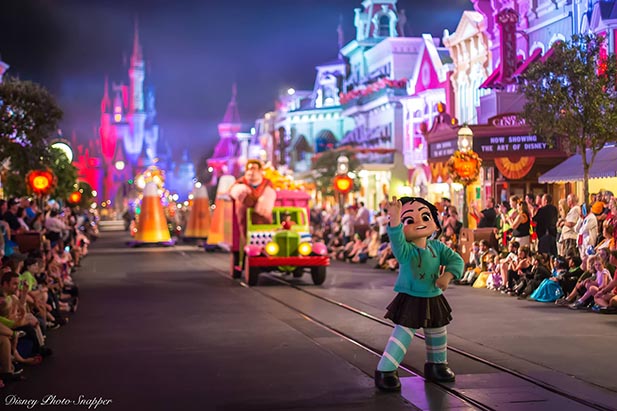 Hey Brian. Thanks for the question. Good question. Mickey’s Very Merry Christmas Party, Mickey’s Not So Scary Halloween Party, they really don’t have a a lot of effect on the overall crowd levels. That’s what Dad’s crowd calendars track, is the overall crowds at Walt Disney World. Again, these are the same parties that go on year after year.

Check out the crowd calendars from the months of the parties…

The dates or the days of the week are pretty much the same. We kind of know the pattern so we figure that in before we put out the crowd calendars.

One thing I don’t do is I don’t make out my crowd calendars and then change them two weeks before because something happened. That’s just not the way I work. I put up my crowd calendars, I figure what I think the crowds will be, like I just did here in this month. April, we just put out the 2018 crowd calendars. They’re out.

Now, if I made a mistake … Years past I’ve put … I’ve forgotten to figure in the date of Easter and a couple of times I make small, little mistakes, but if I make a mistake, I’ll correct it.

The bottom line is the crowd calendars won’t change. We already know when they are going to happen.