“The 2 weeks after Thanksgiving are flagged low crowds on many Disney blogs/sites, but when trying to get a WDW hotel room, not a lot of availability during these dates. Is this something to be worried about if attending one of these weeks? If no rooms available, does full hotels at Walt Disney World mean HEAVY crowds or can Disney still be consider low crowds although low room availability? Maybe many stay offsite? Love your thoughts on this observation.” 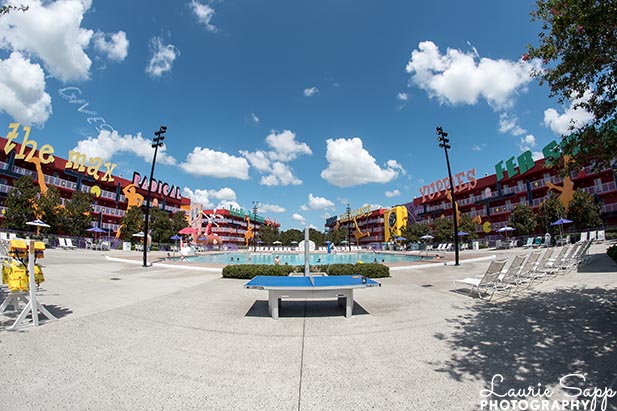 Mike, your going to Disney World at Christmas. That’s so cool. I love Christmas at Disney World. It’s my favorite time of the year.

So, the resorts are fuller during that time, but the parks are not so much. The parks don’t get quite as busy, because you don’t have the Pop Warner kids in the park all the time. They will be sometimes in the evenings, but it’s just not that bad. It’s moderate crowds.

If you look at my December crowd calendar, you’ll see that it bumps up into heavy a little bit a couple of days, but that’s just right on the lines between moderate and heavy. So, really the crowds aren’t that bad during the Pop Warner week, because the kids are doing their competitions. Those two weeks are still really good weeks to go.

Really, you can have all the hotels full at Walt Disney World and still have a light to moderate crowd day if every room is full. That includes those high-end rooms, the bungalows, those 1,000, $2,000 a night suites. If you fill every hotel at Walt Disney World, you’ve only got a moderate day.

Now, when you count the added people that come in from the hotels outside from the other hotels around Disney World, yeah, that gets to be more people. Typically, if the Disney Hotels are all full, then yes, you are going to have a busy day.

You might give our partners at Destinations to Travel a shout. They might be able to help you find something. They are pretty good at figuring out the best plan for hotels at WDW.

Mike, just because you can’t find a cheap room, especially that second week, the first full week in December, that’s not an indicator of heavy crowds. That is more the Pop Warner championships are in town. Those two weeks are still going to be light to moderate.

I will say that and last year that week after Thanksgiving was a little heavier crowds than it’s been in the past, but I still think those are going to be light to moderate weeks. Maybe a couple of days where they’re heavy crowds, but it’s going to be on that light/moderate to the end of those two weeks.