We probably fall into the Dumbo or bust category with my 5 year old daughter, and I was prepared for that plan. Then I started reading about Rapunzel wait times. Here is my question: if seeing Rapunzel is a top of the list priority where should we head first to beat the crowds, 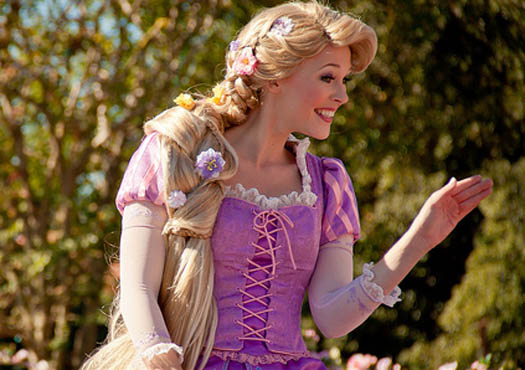 The winner is … Photo by Scott R Smith

Dad’s I Have a Dream Answer

Katie, if there’s one thing Dad has learned after years of taking the family on vacation to Walt Disney World, it’s that the trip is all about the kids and making their dreams come true. If that means investing in a silly hat or attempting to get in just one last ride – so be it. Lucky for you, a character greeting with Disney’s newest Princess for your little princess doesn’t sound too bad – and with some clever planning, you’ll be able to get Dumbo in too!

It all comes down to what tops your family’s (and your daughter’s) list. If meeting Rapunzel is her number one dream on this trip, it’s your job to make that happen. The Dumbo or Bust plan is a great way to start touring the park with a little one, but it’s just a guideline and it can be broken. In the case of meeting Rapunzel, it definitely should be broken.

Ever since Rapunzel and Flynn Rider showed up at Walt Disney World in 2010, their “play and greet” character experience has been extraordinarily popular. I haven’t had the opportunity to experience the show myself, but there are hundreds of videos on YouTube highlighting just how popular this character experience is.

The show began in EPCOT, then moved to the Magic Kingdom’s Fairytale Garden where there is an entire Tangled themed garden, stage, and coloring center set up. A few dozen children are let in for each “show” where they color golden flowers and dance just like in the movie before moving on to the more traditional posing for pictures and getting autographs.

This “play and greet” formula has been extremely successful – so much so that Disney has removed Flynn from the equation, hoping to get more children through the queue faster with just Rapunzel to meet. Although disappointing and confusing to many fans (Flynn is exceptionally popular – maybe even as popular as the Rapunzel herself), it should work out to your benefit since the lines will be (slightly) quicker.

If it were me, I’d get to the park before opening, get as close to Fairytale Garden as I could before the rope drop, and then high-tale it over to meet Rapunzel (walking safely of course, Disney frowns on running). After that, you can check our Dumbo or go back to it later in the day when the line is shorter (during a parade or later in the evening are good bets). Touringplans.com has a great Lines app that lets you monitor crowds while you’re in the park so that may prove to be a useful tool for you!

Now, depending on when your vacation is actually scheduled, Dumbo could be up and running with 2 spinners in the new Storybook Circus – if it is, that will ease your wait time considerably. If you really can’t stomach the wait, you can try The Magic Carpets of Aladdin in Magic Kingdom’s Adventureland or TriceraTop Spin in Animal Kingdom’s Dinoland USA for a similar attraction.

All that being said, the length of your trip might allow you to do both – if your PLAN calls for 2 days (or 2 mornings) in the Magic Kingdom, you can choose to meet Rapunzel one day and ride Dumbo the other.