When you walk into the pavilion, you will notice how serene everything is. The garden effect is very calming. Relax and enjoy walking through the chaos of a Chinese garden.

The big colorful centerpiece is a half-sized replica of The Temple of Heaven. The accoustics inside the dome are amazing. You can hear whispering from all around the room. (No dear, those voices aren’t coming from inside my head.)

The Temple of Heaven 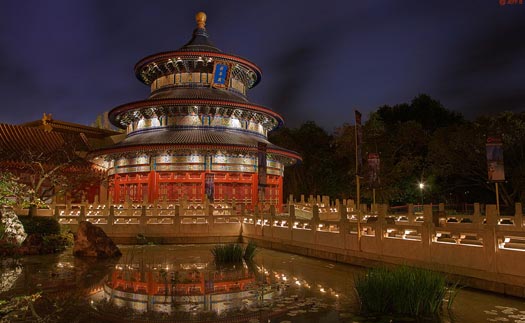 Photo by Jeff_B (Check out the large size of the original)

Reflections of China is the movie at EPCOT’s China Pavilion. The movie takes a tour of areas of China that are very public and some that aren’t. You’ll see the Great Wall, The Forbidden City and several scenes from the outlying areas like Hunan and Suzhou.

It’s shot in Disney’s patented Circle-Vision 360. Images are projected onto 9 screens that are set up in a circular pattern for a full 360 degree viewing experience. 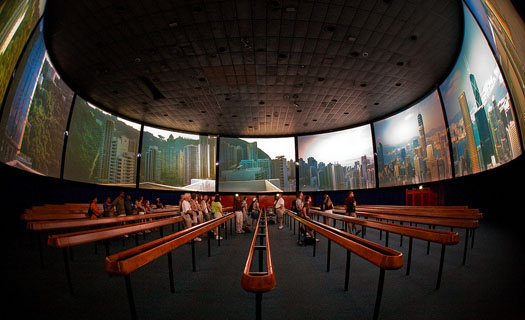 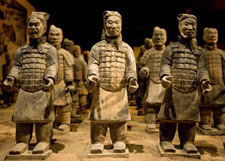 The exhibit looks at 2000 years of Chinese burial art. The Tomb Warriors is a minaturized version of the spectacular tomb of China’s first Emperor, who was buried in a 22 square mile tomb. Each of the warriors has a unique face. Some say they were modeled after real soldiers.

Disney, to make the attraction look authentic has made some of the warriors weathered. They look like they are 2000 years old. The original are full sized, but these replicas are less than full sized.

There are 2 restaurants in the pavilion. Or maybe just one sit down and a fast food version outside. Nine Dragons is a sit down restaurant serving mass quanities of Chinese food. Lotus Blossom Cafe is a fast food restaurant with both indoor and outdoor seating.

This Pavilion opened with EPCOT in 1982. Reflections of China replaced The Wonders of China in 2003.

Even the Wonders of China wasn’t enough to keep the attention of most of the younger kids. They just aren’t in to exploring other cultures. So, Disney came up with a a couple of special attractions just to get their attention.

The first one is called Kidcot. It’s an area in the China Pavilionwhere kids can create a masterpiece they can take home and hang on the refrigerator.

It’s real easy to breeze past the EPCOT China Pavilion and not take time to see the exhibits inside. Make sure you stop by and check it out.