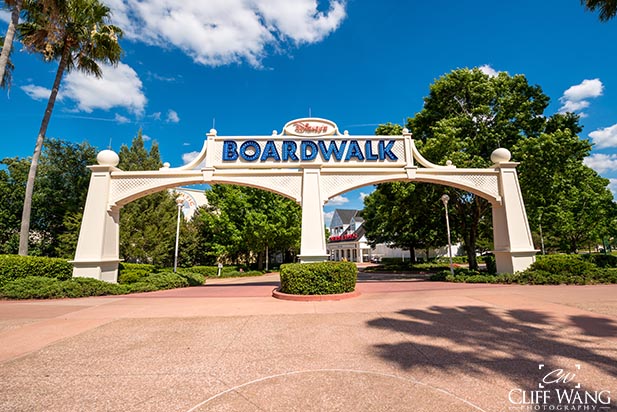 For the next week at Dad’s Blog, we are celebrating the holidays with Magical Christmas Memories Week!  Each day we’ll feature a personal story from our team of their magical holiday memories at Walt Disney World!  We hope you’ll share yours with us too, in the comments below or over on our Facebook page!

One of the most memorable experiences I have of Walt Disney World during the holidays was in the year 2000 during the Millennium Celebration. I was with my boyfriend Sam as well as two dear friends Jason and Pat, whom I met in 1997 while participating in the Walt Disney World College Program. We decided to spend New Years Eve at EPCOT and it’s a day we will never forget.

First, we had been warned that the crowds during New Years Eve are insane and that we were to “pick a park and stay there”. Rumor was, if you left a park mid-day it could fill to capacity and you may not be allowed back in. I was not going to take the chance and leave since we had been planning this trip for a while. We had made advanced dining reservations for dinner at Le Cellier Steakhouse, so EPCOT was our park of choice.

I’m from Maryland. It gets pretty cold during the winter so I was super excited to travel to the warmer climate of Florida. I packed moderately and was sure to include a sweater and jeans. The temperatures in Orlando during December normally see an average low of 51 degrees and an average high of 72. Not too bad when you are coming from up north, and pretty reasonable for the winter. Well, the year 2000 was special. Record breaking kind of special. The week we were there, including December 31st, the average temperature was 29 degrees.

29 chilly degrees. Needless to say, I was not prepared.

Following the warnings of holiday experts, we arrived at EPCOT around 7am. I was either wearing or carrying in my book bag literally every piece of clothing I brought with me. However, I wasn’t too distracted by the cold and had to stop and take a picture of the large Mickey hand and wand with “2000” that caressed the side of Spaceship Earth. 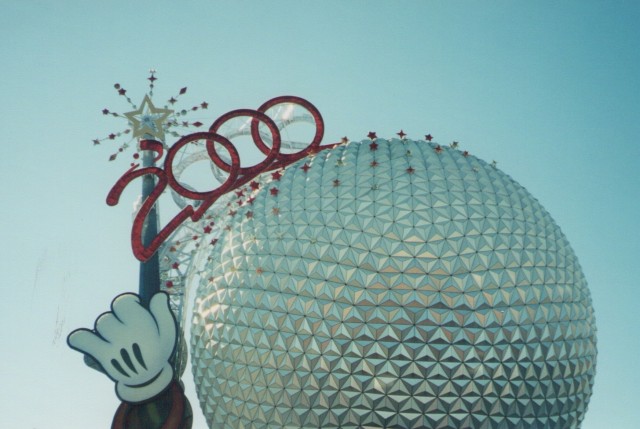 After making our way through the crowds, we headed straight to Innoventions Plaza to Pin Central to get the exclusive New Years Eve pin. Score! Plus, the wonderful cast member there gave us awesome tips on pin trading. 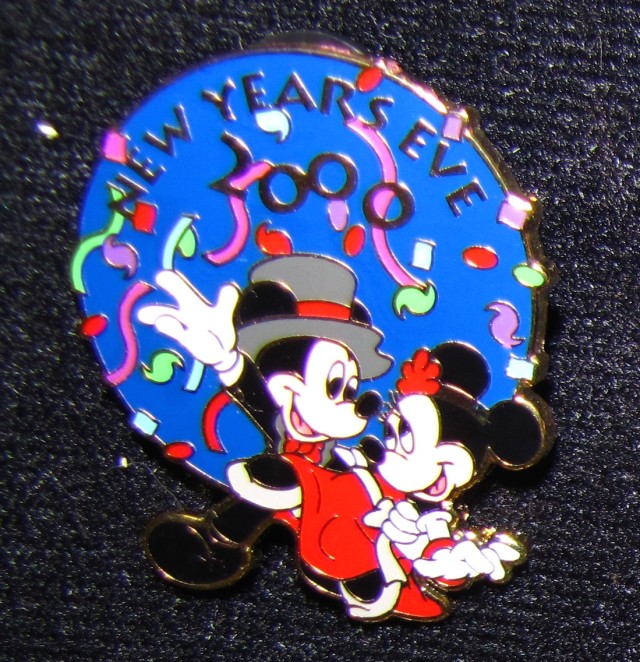 Next we went to Test Track for Fastpasses. At this point it was still only around 7:30am. (I had to talk to my friends from the trip because my brain was a little fuzzy on exactly what the return time for our FastPasses was.) Jason says it was for around 8 or 9pm and Sam thought it was for after midnight. Either way, it was over 12 hours after we actually obtained them.

We made our way around World Showcase enjoying the sights and sounds of the seasons. Nearly every picture I took made it seem like the park was practically empty (and it definitely was not!) We had advanced dining reservations for dinner at Le Cellier in the Canada pavilion, which was fantastic. I highly recommend it if you are celebrating a special occasion. While at the restaurant, we were given New Year’s Eve party hats. Our server was really cool and gave us a lot of pin trading tips. 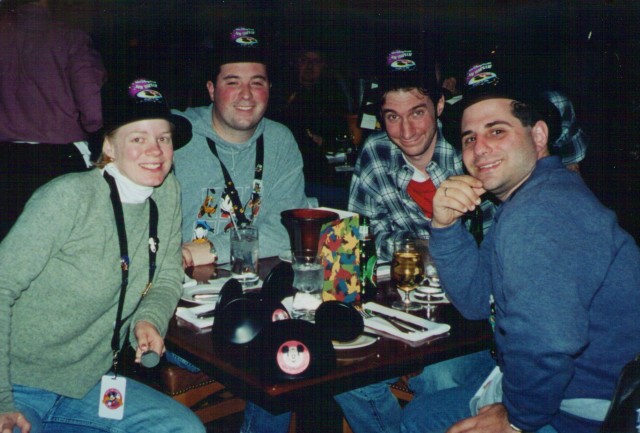 After dinner, we still had about 5 hours before the incredible fireworks celebration at midnight, and we were getting tired. We couldn’t even leave the park because at that point there was no way we would get back in. So, we decided to find a spot for Illuminations: Reflections of Earth. I brought a blanket into the park (mostly because it was cold!) but we put it on the ground and took a little nap. (We were not the only ones who thought this was necessary!)

By the time Illuminations rolled around we were refreshed and ready to go again. The celebration at midnight was spectacular. After the clock struck 12 we went back to Pin Central and were able to get another exclusive pin, this one with “2001” on it. As an avid pin collector, I was in my happy place! We stayed at EPCOT until 2am and loved every minute of it. 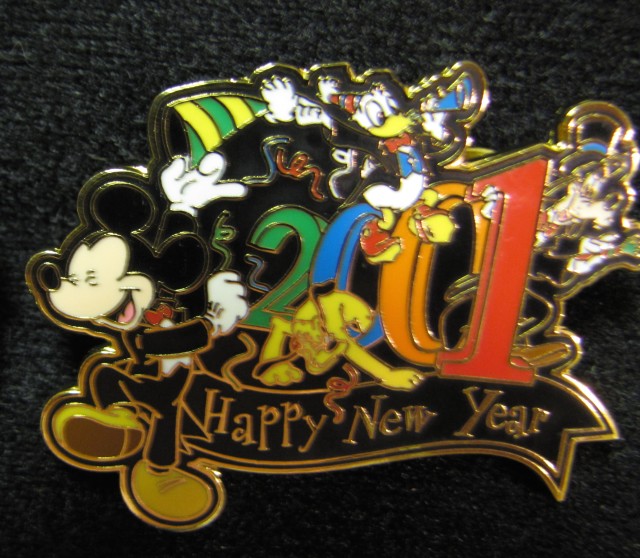 I would definitely do it all over again if I had the chance. Even though it was 14 years ago, I still remember it being crowded that day, but with the excitement of the holiday, wonderful friends, and being at Walt Disney World, the crowds aren’t really what I remember. The cold weather, well, I will never forget that!

Kimberly Masimore is a 1997 graduate of the Walt Disney World College Program where she earned her Ducktorate. She has been an avid pin collector long before it was “cool.” In her spare time she enjoys writing, spending time with her two Disney-fanatic kids and husband, and planning her next trip to WDW. Kim hopes to be an Imagineer one day and promises to “never grow up.”