EPCOT is undergoing a MAJOR overhaul. We will update this page as information is released.

At EPCOT Center, as it was originally called, you can see the whole world in just one day. Lots faster than Jules Verne did. Plus, you can see how technology has changed the world and how it will impact the world in the future.

And have a whole lot of fun in the process.

There are two “Worlds” here. Future World and the World Showcase. The two “Worlds” don’t seem to have a lot in common, but together, they make one great theme park. Let’s see why this park so special.

I love the colors of Journey to Imagination 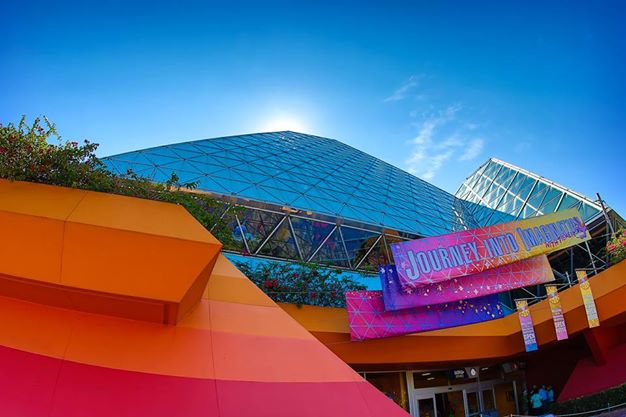 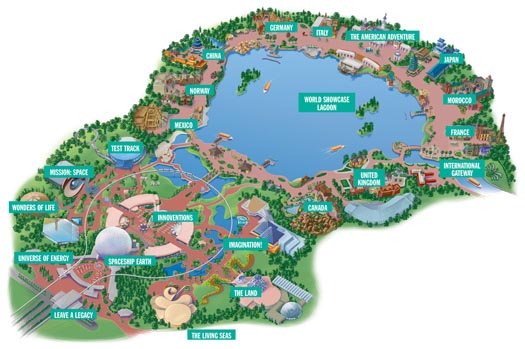 Future World looks at the future of the world. (Tell us something not so obvious. OK.) Each of the pavilions in Future World showcase a different technology that is prevalent in our world today. From The Seas, all the way around to Test Track, technology and innovation (and some really fun rides) are on display.

Future World has evolved over the years from the slightly boring exhibits that EPCOT Center started with. Now, with the addition of Soarin’, Mission Space and Nemo, this park is really a great place to spend a day (or two).

Here is a list of attractions in each section –

Some of the best and most thrilling rides anywhere can be found in Future World. You could spend a whole day in this part of the park and not see everything. It’s not to be missed.

The attractions in Future World are some of the most innovative in all of Walt Disney World. Test Track and Mission Space have some mind-blowing technology and Soarin’ may be the most popular ride in the park (it sure has the longest lines).

Fine Dining is really not what Future World is known for. For really good food, you have to go across the lagoon. There are a couple of nice stops on this side, but most of the food in EPCOT Future World is just OK.

Here are the restaurants you’ll find in Future World –

Sunset over the World Showcase 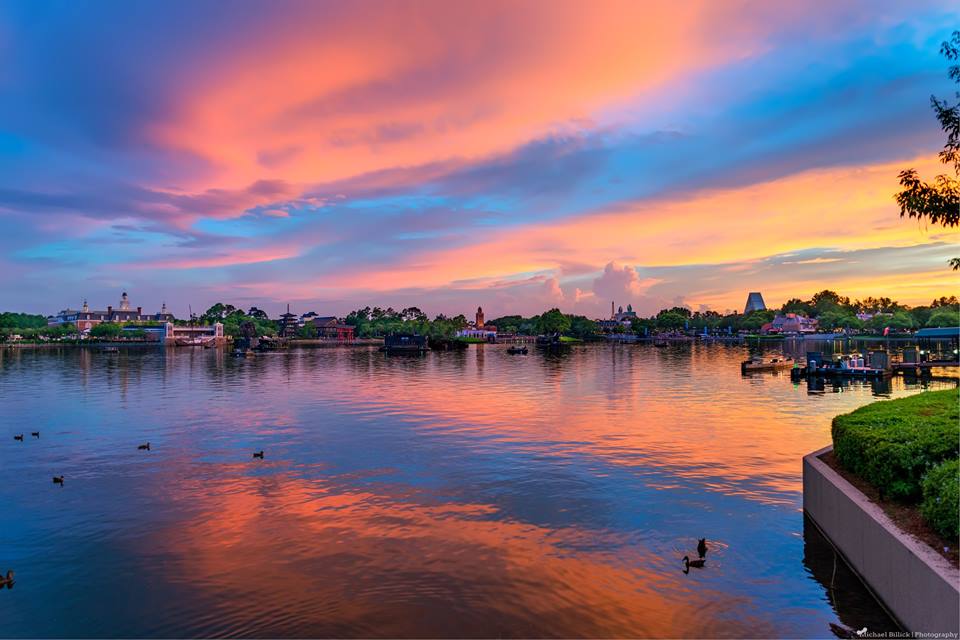 EPCOT’s World Showcase is Disney’s tribute to the concept of a World’s Fair. It has offerings from a number of different countries and cultures. Each of the countries is staffed by cast members from the country, which brings a real authenticity to the experience.

There are 11 World Showcase Pavilions. (For years there have been rumors of a 12th pavilion, but sadly no new pavilions have been added since Norway in 1988.) Yes, for almost 25 years the World Showcase has stayed the same while the other side of EPCOT has changed considerably and still is.

The World Showcase, unlike most of the other parks, is not about the rides. It’s about showcasing other parts of the world. Each country brings the best it has too offer in food, goods and entertainment to share with the world.

Here is the list and the attractions in each – 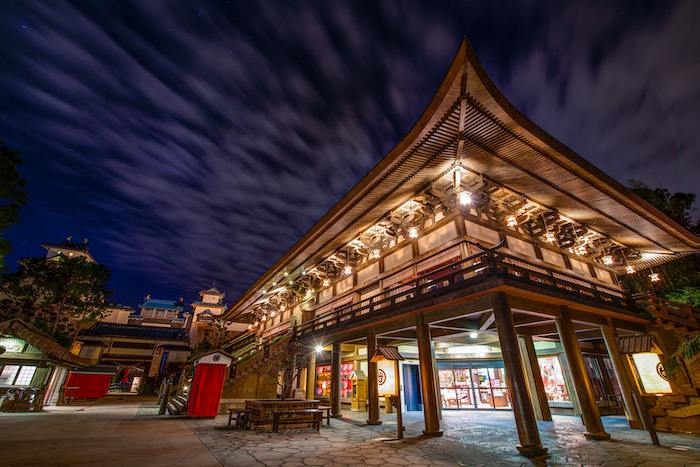 Dining in the World Showcase

If you are going to eat in EPCOT, this is the place to do it. Dining is the star of the World Showcase. Some of the best restaurants in the whole world are located here. Each country has at least one Table Service restaurant and one Quick Service restaurant.

There are some real surprises and a couple of consistent disappointments, but every restaurant is part of the story. 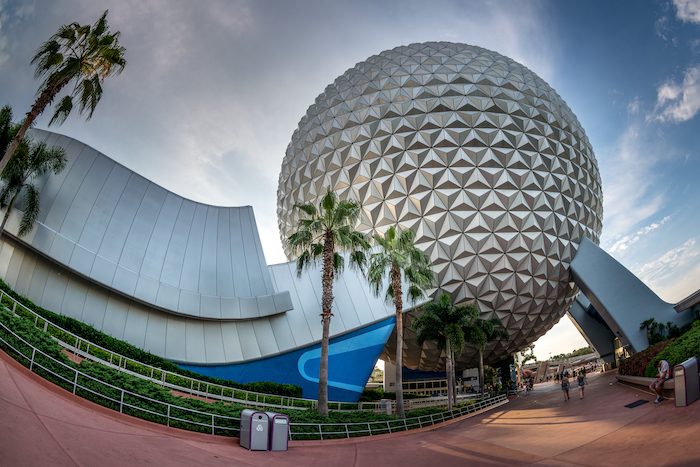 Uncle Walt had a grand idea for EPCOT. He proposed an Experimental Prototype Community Of Tomorrow. This would be the center and heart of the new Disney World. It was to be a place where new systems would always be added and would be, in Walt’s words, “a showcase to the world for the ingenuity and imagination of American free enterprise.”

Unfortunately, Uncle Walt died before EPCOT was started. For years the Disney Imagineers struggled with EPCOT. They couldn’t figure out what to do with Walt’s dream. They had 2 models. One of a theme park with educational rides and one of a grand World of Nations. Finally one day they shoved the two models together and the EPCOT of today was born.

More than history, there are secrets that nobody but Dad (and a few thousand other Disney geeks) know about Walt Disney World. Check it out.

Every successful park visit come down to The Details. No one is better than Dad about The Details. Here are some things you need to know about EPCOT.

No Crowds are Better 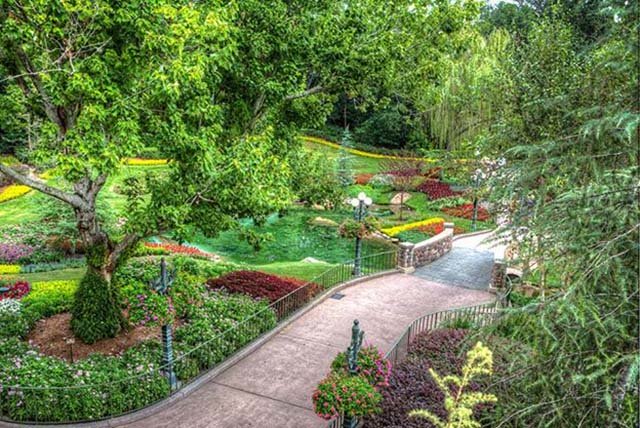 This is the second busiest theme park in the world, so it’s natural that there are crowds at times. Dad is an expert on Disney World Crowds. There are some thing you need to know about how to deal with the natural (and sometimes unnatural) throngs that sometimes overwhelm the park. 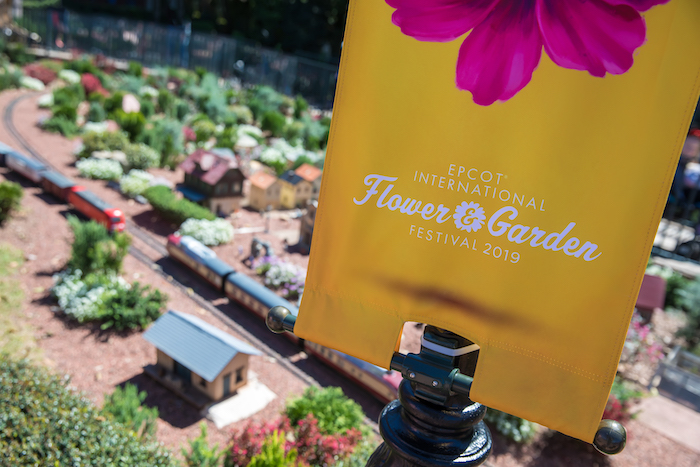 More than any other park, EPCOT host events. Almost year around there is something big going on at and it’s usually something big. Here is the semi-complete list.

These events are some of the best things that happen during the year. Make sure to check you schedules for times and dates.

EPCOT Forever is a night time show that takes place around the lagoon at World Showcase. This show combines fireworks, lasers, and glowing kites to light up the night sky to some great Disney classics.

Make sure you take time to see some of the little things. The Rose Garden in the United Kingdom pavilion is spectacular. Uncle Walt loved toy trains, and you can see a really interesting toy train exhibit between Germany and Italy. There are wonderful artists in Japan and Mexico and lots, lots more.

EPCOT is a great place to see things you can’t see anywhere else. From new technology to wonderful culture from around the world it’s a great experience.