“My wife and I went to Disney on our honeymoon around 13 years ago. We each had a four day Park Hopper card, however, we only used three days. I heard in the past that they don’t expire. We are going back the week after Thanksgiving, room and tickets bought already and staying onsite so I wouldn’t have much use for them this trip because everything is already planned out but is it possible to use the value in one of the souvenir shops or somewhere else in the park? Thanks. I enjoy reading your page. Mike” 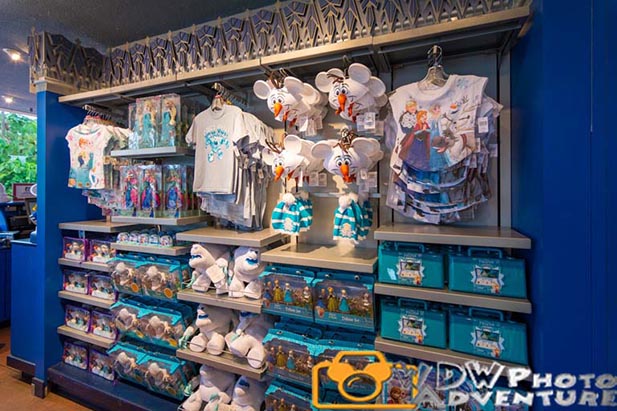 Maybe you’d like some Frozen Merchandise – Photo by Wayne Wood

Well Mike, you lucked out buddy. Your tickets are good. If you honeymooned 13 years ago, 2004, that is the last year that the tickets were never expired. In 2005, Disney introduced the Magic Your Way ticket along with the never expire option so that meant that in 2005 if you bought a ticket, 14 days after you activated it, 14 days later it expired. Wasn’t any good anymore unless you added that never expired option. However, in 2004 that was different. In 2004 you were, they just never went away. eVerything before 2004 is still good to this day.

Now, for everybody else, if you want to know if your old tickets are still good, there’s an easy way to tell. If they are Magic Your Way tickets, unless they have the never expire option on them, they’re not going to be any good.

Now, if they’re the old Park Hopper passes, five, six, seven, eight Park Hopper passes or things that came before that, then those are still usable and you can exchange them for new tickets. And you can do that either at one of the ticket windows at any of the parks or you can go to the hotel concierge desk and they can do that for you.

The bottom line is, yes, you can exchange your tickets, the 2004 tickets for new entrance to the park, but you will not be able to use them in gift shops or anything like that. It’s a one for one. Ticket for ticket.