“Me and my girlfriend are staying at a Value Resort, All Star Music. We have a friend and his fiancee that have two day tickets to the park but were unable to get a good room at a good price. Since our room comes with two beds and we aren’t going to be using it, will Disney have a problem if we ask them if it’s okay if they stay in our room for two nights?” 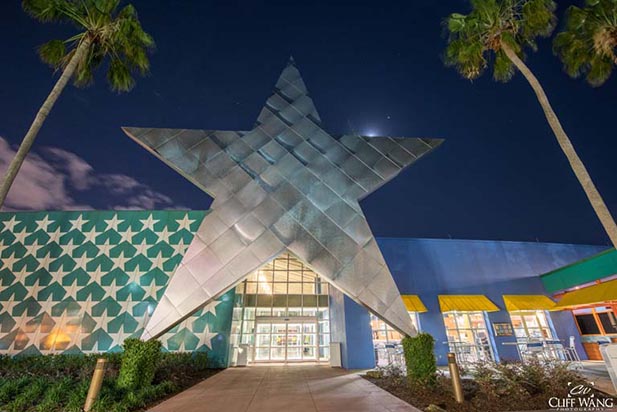 Brian, I know the answer to this, but I asked our partners at Destinations to Travel, because this is what they deal with, every day. They deal with Disney, they deal with the hotels. I asked them to get the official answer for this question and I got an answer back from Nancy Casteel, she’s one of their agents. One of the best agents.

Nancy says, “If you have a room only reservation, Disney will require will require an additional $15 per person plus tax for the two adults for the room.

The extra cost would be for your entire stay, not just the nights that they are staying. If you’ve added tickets or dining to your reservation, they would be required to have the same amount of tickets and dining as you do. Disney does not allow guests to stay for free.”

To that, I would add that a Value Resort room does have two beds, but they are not queen-sized beds. They are full sized beds. And I’m telling you from experience, many, many trips that I wouldn’t want to share one of those beds with Mrs. Mom. We’re kind of big people, but I even talked (my team), who aren’t Pooh sized like me and Mrs. Mom about this, and they wouldn’t want to share those beds.

Those beds aren’t really big enough for two people … might be for a couple of days okay, but you won’t find it very comfortable to be sharing those beds. It’s really not something I would suggest. You’re in one little, little. Little. Little, room, with four people, one bathroom. A lot of togetherness. I’m not sure that that’s the best idea.

If you were staying at the Pop Century and had one of those new refurbished rooms with the queen beds it might be better, but the room would still be small and only have 1 bathroom.

It’s Disney. You will have to pay and could you possibly sneak them in? Yeah, possibly. But I wouldn’t suggest that. Because if you get caught, then you’re gonna have to pay all of those extra costs. It’s just not a good idea. I would suggest they start looking at off-site hotels.

Being in the same room is just probably not the best idea. Yes, you can do it. It will cost some money. It’s not gonna cost near as much as staying for as a full resort room would cost. It’s gonna be a lot of togetherness; it can be done, but I think it’s gonna be really uncomfortable.

What do you think? Have you ever stayed with 4 adults in a Value Resort room?