“We are planning a trip to WDW in the Fall of 2019. We typically go the week before Thanksgiving (low crowds, nice weather) but due to school activities that week will not work for us this year. Our other options are Sept 28-Oct 5 or Dec 1-8th.

Our concerns are that Sept/Oct will be crowded this year due to people trying to avoid SWGE and Dec will be crazy crowded after the opening. If Sept/Oct are crowded than its not worth the heat & humidity. Any suggestions on which week would be a better choice? Also, our kids are young and not into Star Wars. So our concern is mainly the crowds in the other parks. Thanks,”

It’s all about Balance 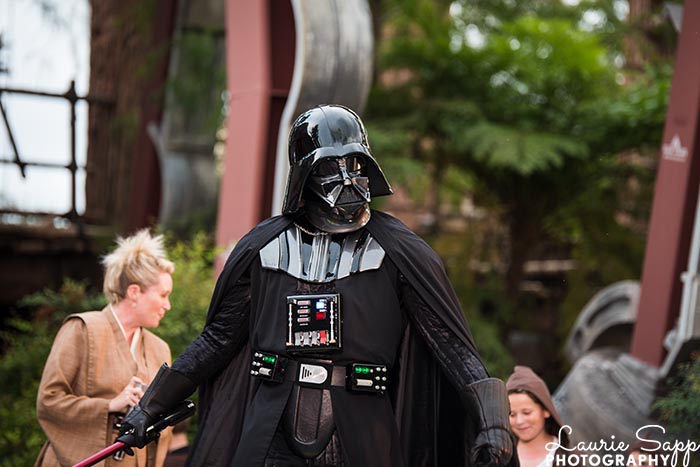 If there is evil… – Photo by Laurie Sapp

Right now Star Wars: Galaxy’s Edge is the Death Star menacing the last half of 2019. In fact, it’s menacing all of 2019 crowd wise.

Last week, Bob Iger announced that Galaxy’s Edge will open at Disneyland in June and things went crazy. Prices went up and speculation was rampant that 200,000 people would visit Disneyland on the first day.

The same kind of thing is expected once we have a date for Walt Disney World’s opening. Bookings and crowds will be through the roof.

But those big crowds after Galaxy’s Edge opens means slower crowds before it opens.

Disney is scrambling right now to fill rooms for most of 2019. Bookings are way down. The Free Dining promotion shows almost a level of desperation to get people to WDW. Plus there was a lot more availability than we’ve seen in recent years.

The same thing happened with Toy Story Land and Pandora. Crowds were down for a period before the new lands opened and up after. For the whole year crowds were about what you would expect.

What I’m saying is there is a balance. The big crowds expected after Galaxy’s Edge are coming from lower than normal crowds before it opens. 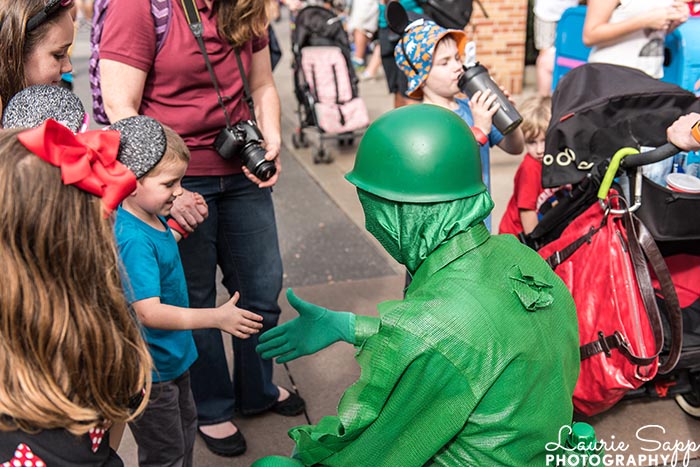 Then there must be good! – Photo by Laurie Sapp

From what I’m seeing, the want to go’ers greatly outnumber the want to avoid’ers. We don’t see a lot of evidence of a big push to go right before Galaxy’s Edge opens.

Of course, the pattern of October and Thanksgiving week being busy are still following the norms. The crowd patterns in the fall are about what you would expect.

That will change when we get a firm date for Galaxy’s Edge, but what I expect is it to suck more crowds from October and November before it opens than to add more crowds.

As to your dates, as much as I hate the heat in September, I think that’s the time I would pick. It would be a good time to avoid the Star Wars Mania that’s coming the end of the year. Plus you have the Food and Wine Festival and Mickey’s Not So Scary Halloween Party.

October is always busy and that’s going to stay the same this year. Overall, it’s probably the second busiest month after December. The Food and Wine Festival and Mickey’s Not So Scary are both still going and the temperatures will be lower, but the crowds…

I still think Galaxy’s Edge is going to open on November 22nd or 23rd and if that happens early December will be crazy. But there’s nothing better than Christmas at Disney World.

I would suggest you get in touch with our partners at Destinations to Travel. I talked to Shannon (the owner) the other day and she said there was still Free Dining available and good availability especially in September.

The bottom line is until we get a firm date for Galaxy’s Edge, we’re kind of shooting in the dark. I don’t think we’ll see a lot of people avoiding GE and going the weeks before it opens.

September will be light crowds as always. December could be totally nuts. October is always busy.

I hope that helps,