Is there any data on whether people with FastPass+ reservations tend to use either the 1st or 2nd half of the reservation window? That is, any advantage to going the 1st 30 minutes over the 2nd 30 or vice versa? 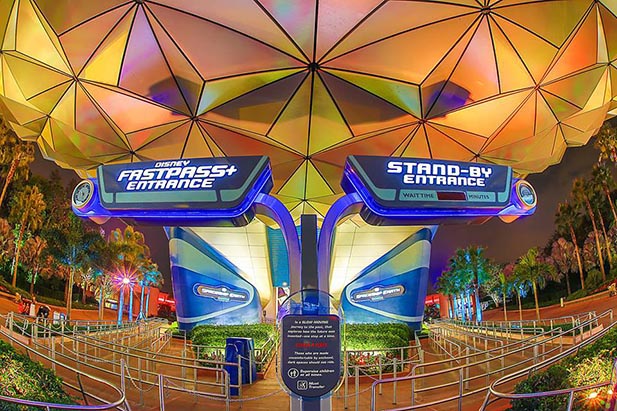 That’s a good question, but…

I’m sure Disney has some kind of data that tells them at what point in the window people are most likely to come back for a FastPass+ reservation. My guess is there is a spike at the first of the hour and another one toward the end of the hour.

So, Dad, is it better to go early or late with a Fastpass+?

If you watch the FastPass+ machines, the return times change every couple of minutes. You might get 2 different times on consecutive tickets, but those times won’t be an hour apart. They will be a few minutes (I think it’s 5) apart.

I’m sure Disney has all kinds of data that helps them flatten out the return times as much as possible. FastPass wouldn’t be very efficient if there were huge lines at some point every hour. That’s what FastPass+ is supposed to get away from.

Now, I won’t tell you that it doesn’t happen. Yes, sometimes a whole pile of people show up at a FastPass line, but the norm is that it delivers a pretty steady stream of guests.

Gary, it’s a good question, but I don’t think it’s something to worry about. I think Disney has done a lot of research and has done all they can to make FastPass+ return lines as smooth as possible during the day.