I am going to Hollywood Studios 4/22/18. I have a Fantasmic! Dinner Package for 4:20 but don’t want to have dinner that early. The park has extra morning hours. Do I ride Toy Story and tower of terror first when park opens or use FastPasses which I may want to use up early so I can get a FastPass for Fantasmic!? 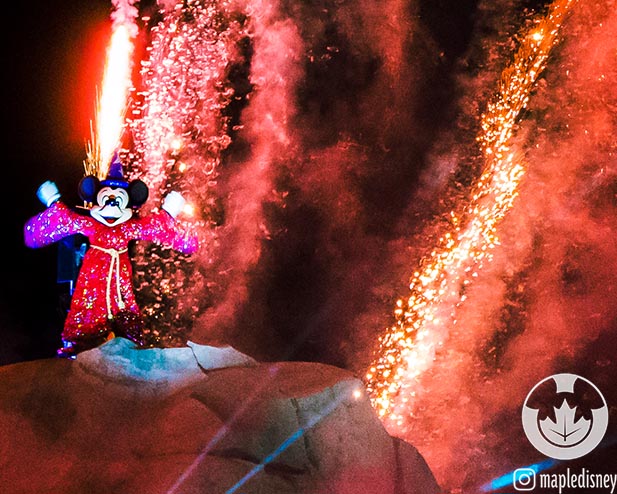 Mickey shows them how it’s done – Photo by Rich Ramos

Tina, number one, you really don’t have to get a FastPass or a Dining Package for Fantasmic!. There are a bunch of seats that are available for guests. Now you do have to get in line a little bit early, like 30, 45 minutes or maybe an hour before the show. They open the theater so you can get in 30 to 45 minutes before the show. You don’t have to have a FastPass to see Fantasmic!.

The way the seating works, the Dining Packages are in the middle, the FastPasses are on one side, the general admissions on the other side. Something like that. The seating is plenty good, if you can get in the theater. On April 22, you should be able to get in the theater without a FastPass.

April 22 at Hollywood Studios will be a light to moderate day. With Extra Magic Hours, you can ride every ride pretty easily during the day. As long as you’ve got a FastPass for a couple of the big rides, you’re fine.

The bottom line is, you don’t have to have a FastPass or a Dining Package for Fantasmic!. You don’t need it at that time, you can get in. Just get to the theater early so you can get in.