I love a parade, don’t you? Disney has the best parades and they have hit another home run with the Festival of Fantasy Parade. Let’s dive right in.

Dad sometimes advises missing the parades and riding rides. Not so much with this new parade. The colors, the music, the characters, the villains, they are all here. Don’t miss this. 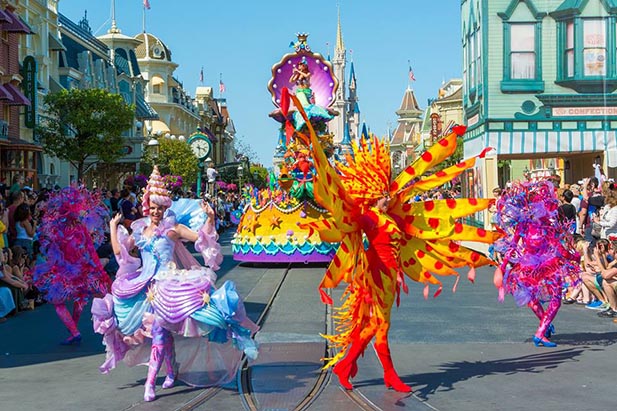 The Festival of Fantasy Parade is a new parade the debuted in March 2014. This parade is full of your favorite Disney Characters parading around the Magic Kingdom bringing joy to guests of all ages.

This new parade is taking the place of Celebrate a Dream Come True parade. Walt Disney World changes their shows and parades every few years to bring in new characters and show new ideas.

There is not a set waiting area for this attraction. If you want to get a good viewing place you will want to arrive where you are planning to sit 30 to 45 minutes before the show.

My suggestions is have your group pick out a place to sit, arrive early, and then send 1 to 2 people to get drinks and snacks for the parade. Since this is a mid afternoon parade it is a perfect time to get a snack. 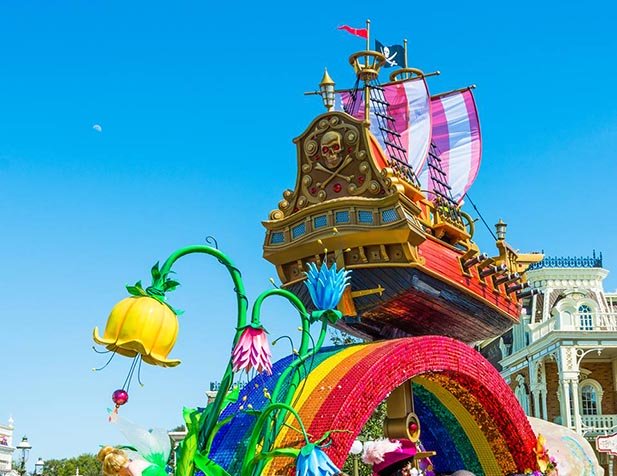 Festival of Fantasy Parade is a daily parade that takes places in the Magic Kingdom. It starts by going down Main Street, U.S.A., then winds through Liberty Square, and ends in Frontierland.

Through out the parade there are lots of floats with all your favorite characters. Keep your eyes open for Cinderella, Belle, Tiana, Elsa, and Anna hanging out on a garden float. Rapunzel and her sidekick Flynn wave to guests on another floats.

Who else remembers the song “Under the Sea” from the Little Mermaid? Join Ariel, Sebastain and along with their friends as they come by on a music box inspired float.  On another float Prince Phillip from Sleeping Beauty battles the dragon, Maleficent.

Peter Pan and Wendy run from Captain Hook, Mr. Smee and Tick-Tock as they come down the route. Merida and her bear brothers ride bagpipes surrounded by a group of Scottish dancers.

Mickey and Minne Mouse ride in a hot air balloon, through out the parade. There are also a ton of other characters in the parade daily.

The Dancers Costumes are Amazing 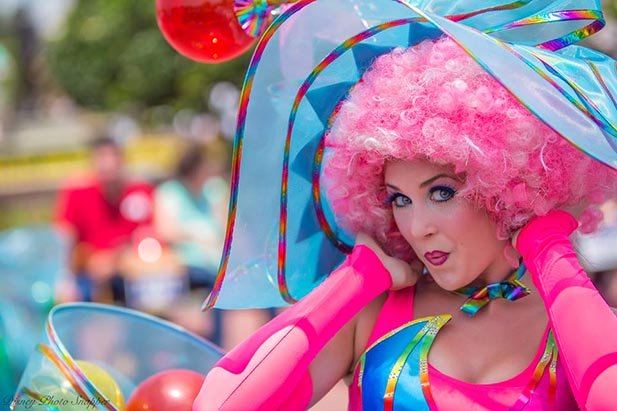 Even the Villains are here 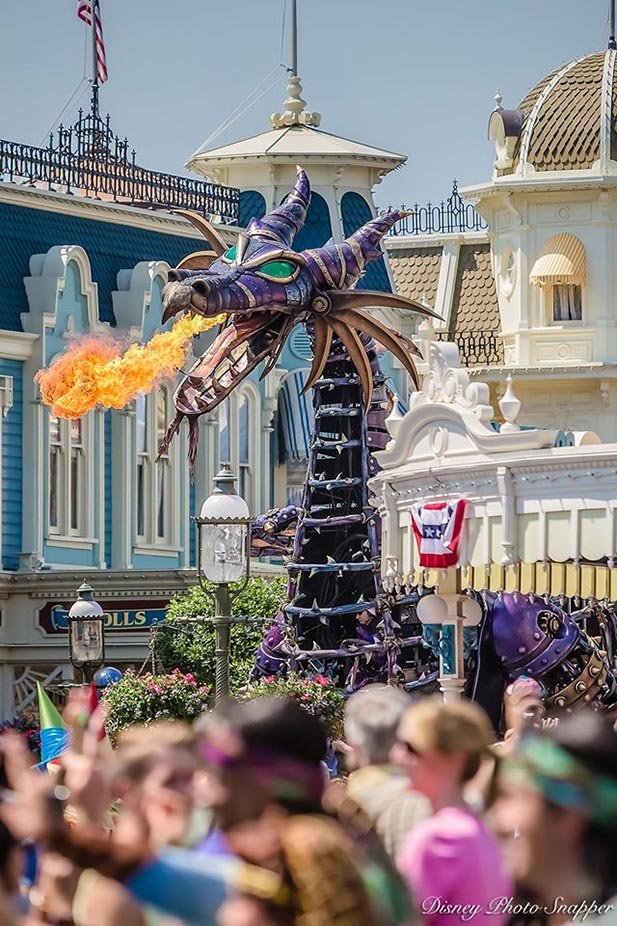 Video of the ride

The Festival of Fantasy Parade has a special viewing area for FastPass+ guests. This area is on the walkway from Liberty Square to the Hub, and the Castle food court.

This is a great area to watch the parade but fair warning it might be hard to get good pictures from this point of view. 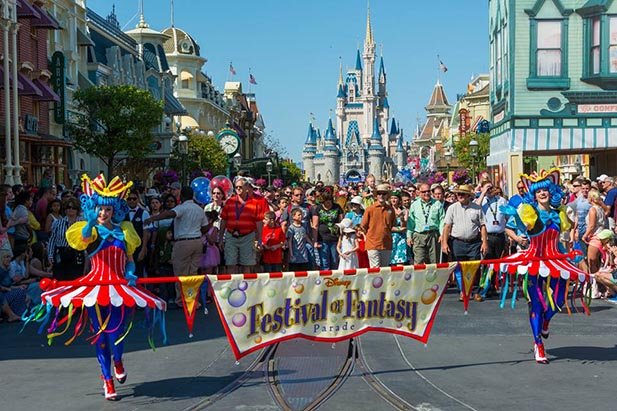 Book a fun lunch dining package to guarantee a seat for the parade.

Here are a couple of fun facts about the Festival of Fantasy Parade.

What happens when it rains?

It rains a lot in Florida. So what happens to the parade when it rains? It does get cancelled, but Disney has created a great little substitute. It’s called the Rainy Day Character Cavalcade. Check this out.

I was uneasy about the new Festival of Fantasy Parade when it was first announced, but I was wrong this parade rocks. Don’t miss it.