“As of today, the Pop Warner teams do not know who’s going to the championships. Just curious, does Disney have a block of rooms for these people and will they release additional to the public if not booked by them? I’m currently booked in Disney Springs preferred hotel, because I wasn’t abel to find a room during the Pop Warner Championships in the short planning time I had.” 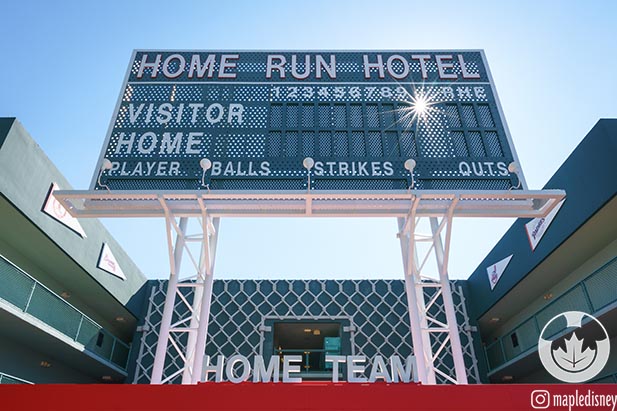 Phil, because this is kind of what they do, I asked our partners at Destinations to Travel to answer this. And I got the answer from Stephanie Walsh. Stephanie is one of their great travel agents. She’s one of the agents that handles our bookings. Here’s what Stephanie says.

Stephanie says, “Great question. I spoke with the group reservations, and what typically happens is a block of room is reserved for the appropriate number of rooms needed based on previous years attendance. Once the participating teams are decided and those families book rooms they need, any rooms not used will be released for general bookings.

There is no guarantee that there will be any, but it is a possibility. I would suggest checking frequently as the time draws closer. Or even better, enlist the free help of a vacation planner in checking for you. I hope you have a magical vacation.”

Like Stephanie said, typically … and I know this from when The Man-Child was playing baseball growing up. We would try to qualify for the national tournaments. And you didn’t book the rooms until you had qualified. The tournament would have blocks of rooms. You would book the rooms when you qualified for the tournament.

Will there be rooms available? Disney knows … maybe not the exact number, but really pretty close how many rooms they are going to need for the Pop Warner Championships. I will say that it’s more likely that they will need more rooms then have extra rooms.

Dad’s bottom line is there’s probably a very small chance rooms will become available during the Pop Warner Championships. It might happen.

Get in touch with Destinations to Travel or a good Disney travel agent and have them watch for you, have them do that work for you so you don’t have to be calling every week, looking every week. They might be able to find something you can’t. They have great contacts, and sometimes they can find things that nobody else can.