by Brian P
(Fort Worth TX)

“We are going to Walt Disney World the week after Thanksgiving. Good week to go. I’m wondering if the fireworks and nighttime spectacular will still be happening before the park closes at 7 o’clock for Mickey’s Merry Merry Christmas Party. We will be traveling with young children, and we don’t want to keep them out for the party.” 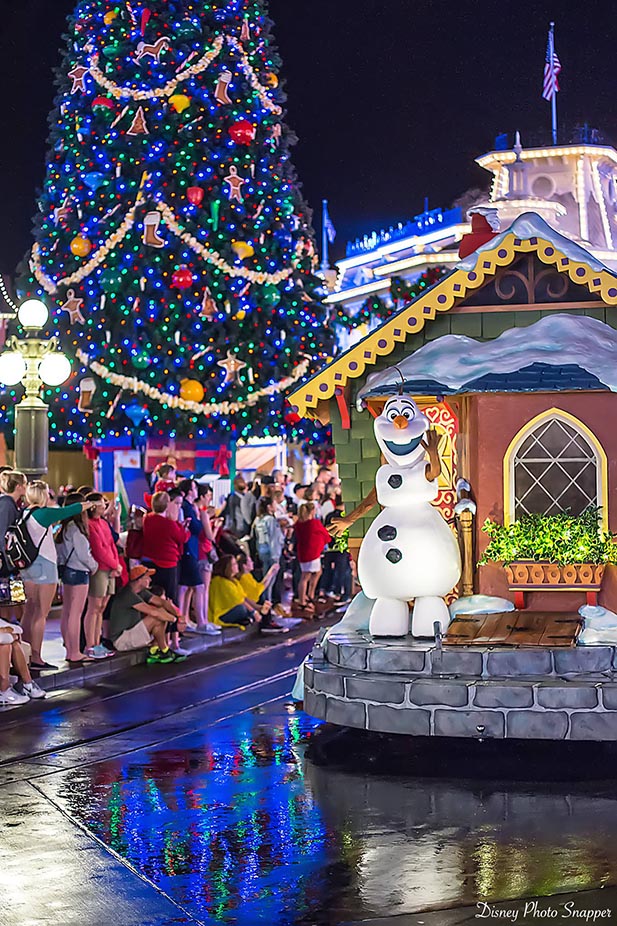 Brian, no, they don’t do fireworks before the Mickey’s Very Merry Christmas Party begins. The same is true of Mickey’s Not So Scary Halloween Party. The only fireworks for the night of the Halloween and the Christmas party are the fireworks during the party.

Oh, and new this year the Magic Kingdom is closing at 6 pm on party nights. That really would put a crimp on nighttime entertainment before the party.

I know a couple years ago when we were there, don’t know for sure when it was. It was for a Halloween party, so it was a little earlier in the year. It was just getting dark at 7. Sunset in late November is around 5:30 pm, so it will be dark for a few minutes before the park closes at 6.

The only fireworks and parades on party nights are the ones tied to the parties.

You’re not going to be able to see the fireworks before the party. They don’t happen.