“Hello! I am planning a trip for my family in December, and we are deciding between the first and second weeks. I have never been to Disney World, but from what I understand, Pop Warner week is typically the first week of December, and it can bring some heavier crowds. However, this year’s dates for Pop Warner actually fall mostly in the second week in December, the 6th through 14th. Would the first week of December likely be a better week to travel this year? Thank you!” 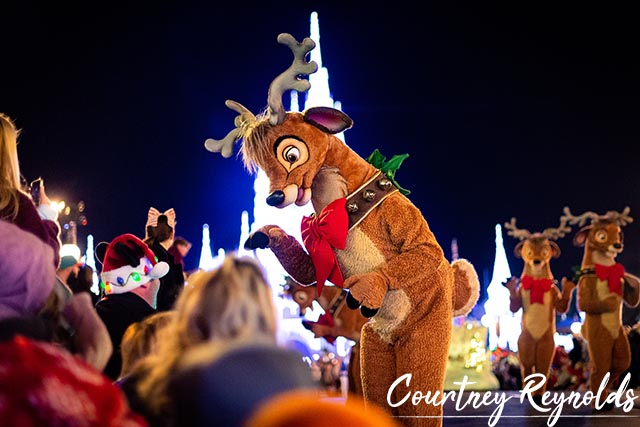 Christmas at Disney World is my favorite – Photo by Courtney Reynolds

Oh, boy. A Christmas at Disney World Question. Thanks Dana.

Christmas at Disney World is my favorite time of the year. I just love the feel, the decorations, the shows, and yes even the crowds.

So which week would be the best? Disney tripped us up a bit when they switched weeks for Pop Warner this year. But…

The Pop Warner Championships don’t affect park crowds all that much, but they do affect the availability of hotels and the prices. During Pop Warner, all the Value Resorts and almost all of the Moderate Resort Rooms will be totally booked up.

Also that week there will NOT be any discounts. All the hotels are full so there isn’t a reason to discount.

When I did the 2019 Crowd calendar last year, the dates for the Pop Warner Championships hadn’t been released so I assumed it would be the first week. If you look at the calendar just transpose the first and second week and you’ll see what the crowds will be like.

There will be a few slow days that first week, but the second week won’t be too bad. (That is if they don’t open the 2nd part of Galaxy’s Edge right before then. Then all bets are off crowds wise.)

I would highly recommend you get in touch with our partners at Destinations to Travel to get some help with your trip especially since this is your first trip. They can help you with all kinds of stuff, especially planning and reservations.

Trust me, they will be your new best friends.

I would go with the first week of December. Avoiding Pop Warner is not so much about crowds as about price, but either way you’ll have a great time. You’re going to Disney World during Christmas!!!