I have a vacation booked for the first week of December 2013 (Nov 30 through Dec 6 – I know, one of the best times to visit!). I was just checking current hotel prices (to make sure I really did get the best deal I could get) and I found out that many of the hotels at Disney World (or at least on the monorail route) are almost completely booked for those dates!

Could it be that everyone followed your advice and the parks are going to be packed to the gills!? I hope not!! Just wanted to get your input. If Disney sells out on hotels, does that indicate that crowds are going to be out of control?

Thanks for your help!
Kelsi 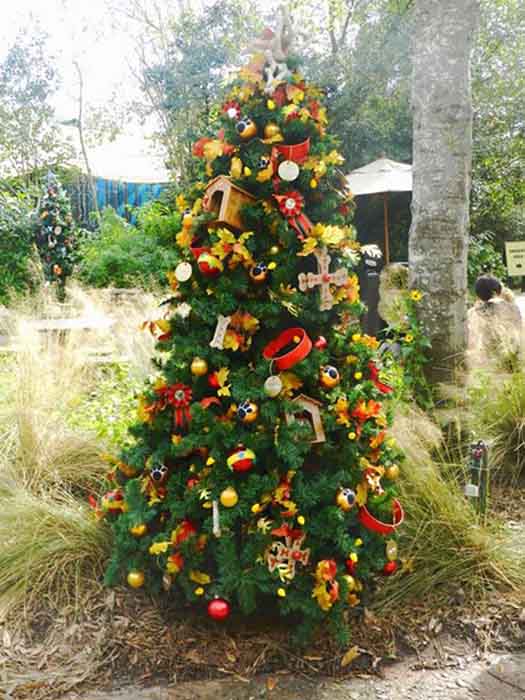 Christmas Trees are everywhere – Photo by Cora Bush from Facebook

What a great question. I love the fact that you think Dad has enough power to change years of crowd patterns at Disney World. Every day it looks more and more like that’s really happening.

Last year, when I decreed that the “first week in December 2013” (November 30 through December 6) was the Best Week to Visit Disney World, I did so for lots of reasons. Historically it’s a slow time crowd wise, there are always discounts and of course it’s the first week of the Candlelight Processional. Oh, yeah, there’s that Christmas at Disney World thing.

I still think it’s a great time to visit, but something happened that has taken a bit of the luster of Dad’s choice.

I’m here to confess, It’s Dad’s fault. Just too many people listen to Dad. It’s a cross I have to bear. What? Don’t believe me? Just look at the evidence. The last 2 years the first week in December was just about dead and now you can’t find a hotel room on the monorail that week. It’s just too much a coincidence.

OK, truthfully I don’t know if I really had anything to do with it, but let’s talk about a few facts.

First, there are 26,141 or so hotel rooms at Disney World (yes, I added them up). Let’s say the average room has 4 guests. That means that if every Disney World Hotel room was filled with an average number of guests there would be a whopping 104,564 guests in them. Now if you spread those 100,000+ guests over 4 parks you would have a fairly slow day at WDW. In fact on the average day there are around 150,000 guests in the parks.

Yes, I know it’s surprising, but just because all the Disney Hotels are filling up, that doesn’t mean a lot. What you have to look at is what the hotels around Disney World are doing. What sometimes happens is Disney hotels fill up and the surrounding hotels are slow. I think that’s what’s happening here.

Even though Disney didn’t offer Free Dining, I still think that people are flocking to the Disney hotels that week and the surrounding hotels will be fairly empty. It should be a great week to visit.

PS. Just for future reference, if you book your trips through Dad’s partners at Destinations to Travel you don’t have to do any checking when Disney offers specials. They do that for you automatically. It’s a great service. Give them a ring next time.

Kelsi, I still think the first week in December will be a nice quiet time to visit Disney World. You’ll have a great time. Make sure and come back and tell us how it was.