One of the best parts of a Walt Disney World vacation is taking what I like to call a “down day” to relax at the resort and swim. Every Walt Disney World Resort hotel has a pool, but they can range from nice to WOW! Here are my five favorite pools. 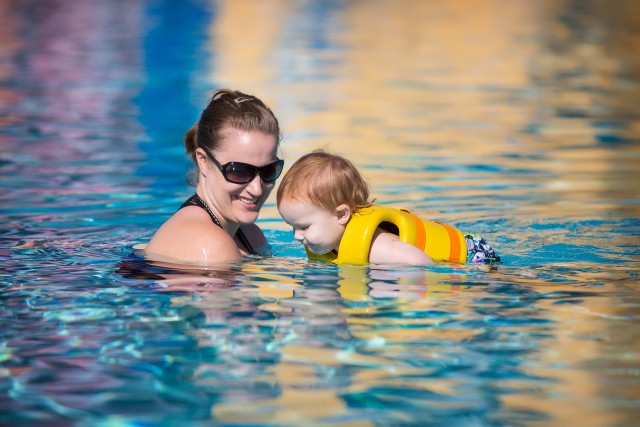 Splashing around in the Big Blue Pool. Photo by Disney Photo Snapper

Topping the list at number 5 is the Lost City of Cibola pool, also known as the Dig Site, at Disney’s Coronado Springs. The centerpiece of this pool is a Mayan pyramid complete with an incredible open water slide. One of the best features of this pool is that it is set apart from the rooms in its own private oasis.

At number 4 is the Big Blue Pool at Disney’s Art of Animation. Incredibly, this value resort hosts the largest pool at the Walt Disney World Resort! What makes this pool so magical is the island music that you can hear under water. 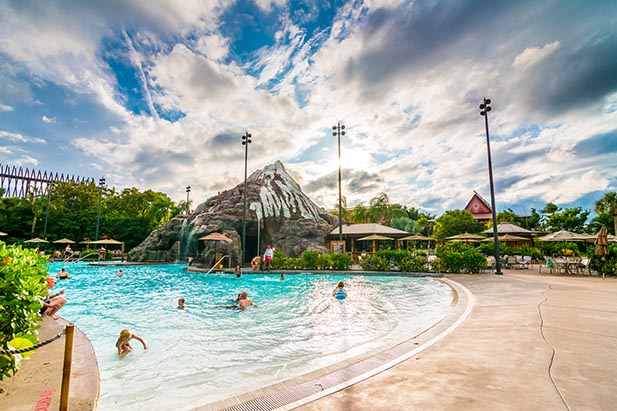 Landing in the middle at number 3 is the Nanea Volcano pool at Disney’s Polynesian Village Resort. The slide at this Hawaiian themed pool is nearly pitch-black, as though you are sliding into the center of a volcano. The zero entry pool is nice for small children and there is a sprinkler area nearby.

At number 2 is the impeccable Silver Creek Springs Pool at Disney’s Wilderness Lodge.The pool at this hotel actually starts out as a hot spring in the lobby which flows down a waterfall and into the heated pool. Here you are surrounded by trees and rocks and feel as though you are somewhere in the wilderness. To reach the partially enclosed tube slide, you climb up a realistic rock formation. This incredible area is also undergoing renovations and will reopen in late November.

And the Number 1 pool to cool off in at Walt Disney World is Stormalong Bay at the Beach and Yacht Club. This pool is almost its own water park resort complete with a lazy river. Sand lines the bottom of part of the pool making you feel as though you are in the crystal clear ocean. The entrance to the slide, one of the highest at a hotel at the Walt Disney World Resort, is a docked pirate ship. There is also a children’s area with a mini waterslide and zero-depth entry. With three acres of water fun, there is a little something for everyone.

Even with the dozens of pools not mentioned, you really can’t go wrong no matter which resort hotel you choose. From the value Big Blue Pool to the deluxe Stormalong Bay, you can find a wonderful pool to enjoy at the Walt Disney World Resort no matter what your budget.