“Do the free dining dates usually affect the crowd calendars in December? We are going December 7th through 15th, 2018. Basically what I’m saying is this. If free dining is offered during those dates, which looks like low crowd times, will that change anything? Thanks.” 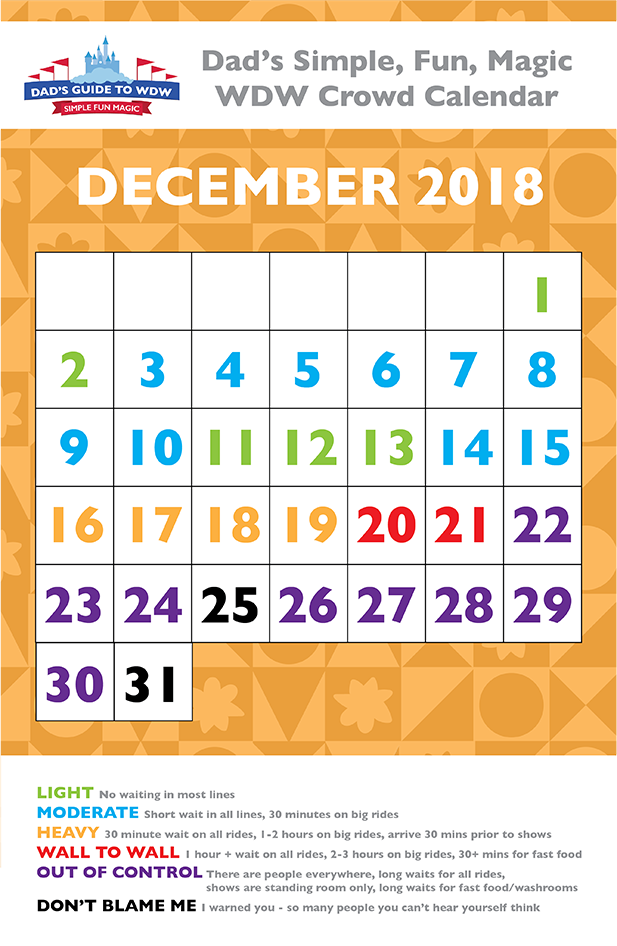 When we create the crowd calendars, we pretty much know the discount patterns. We know the crowd patterns from history. Disney has been doing discounts on certain patterns for years, so we’ve got years of data to look at to see what the crowds will be like.

I don’t put the crowd calendars out thinking that they might change. When I do my crowd calendars, I base it on historical crowd levels, what I have seen people report from the parks and just kind of a gut feeling.

So Free Dining and other discounts are already factored into the 2017, and the 2018 calendars. 2018’s a long time away. We got to see what happens this year with free dining. I’m still not totally convinced it’s going to come out. (Free Dining was announced on April 24th.)

Free Dining is going to die sometime. Disney is not going to keep doing it forever. One of these days, they’re going to move on to something else. 2018? That’s way too far in the future to tell. It will depend on the economy, lots of variables, but anyway.

No, the crowd calendars won’t change with whatever discount Disney offers for December 2018. The discounts are already factored in all through the year.