Free Dining is coming. I can feel it in my bones. No, I don’t have any inside sources, but I am seeing hints that it’s just a couple weeks away so I thought I’d do a Free Dining Update.

Yes, Free Dining for the US was announced this morning.

Here’s a quick update. Free Dining was announced this morning but only for the UK. No Disney Visa Card promotion announcement today. (I’ve been waiting to see if a late announcement hit.)

What does that mean? Who knows? Will we see a general mess like we did last year? Probably. I don’t think Disney learned anything from the mess.

Something is going to be announced on Monday morning. I expect it to be a general Free Dining for the dates below (starting on August 21) with a room only offer of up to 30% off.

There is a slight chance that Disney will announce Chase Visa on Monday, but I don’t expect it.

Monday morning it is. (Unless Disney gets mad at Dad again and changes the date.)

Expect a Disney Visa promotion to hit on Thursday, April 21. The General Public promotion should be available on Monday, April 25.

The dates, as I thought were a little off, but only the starting day. It looks like it will start on August 23rd instead of the 14th.

Of course this is all rumor until Disney actually throws the switch.

UPDATE to the UPDATE: More and more signs are hitting that Free Dining is just a few days away.

The “leaks” are starting to come out. Yesterday the dates were “leaked”. Do I trust the leak? I’m not sure. Some of the dates leaked don’t make much sense, but we’ll see.

Today, the South American Travel Agent that seems to have an inside source posted some more details. They’ve been mostly right over the last few years, but they’ve missed a few details. The basic information has been pretty accurate. The dates are the same as were leaked yesterday, but…

Here’s what they posted today –

It will cover arrival dates of

It will require a three night minimum stay, and a minimum of two ticket days.

I do think that you will have to at least add the Park Hopper option to the tickets, but I agree with the basics. I hope Disney decided to do the Chase Visa promotion, but as I say below, I’m not sure they learned anything from last year.

There are a few other signals like the Travel Agent phones and web site going down at odd times.

The signs are all there. Be sure to get your reservation made NOW…

End of UPDATE to the UPDATE (Be sure to read the rest of this post.) 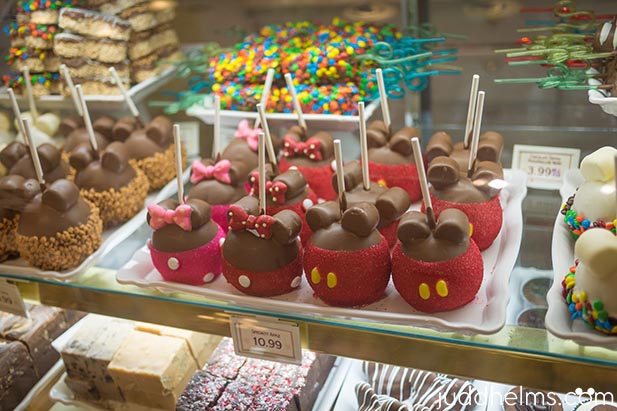 Oooh, those are some good looking snacks – Photo by Judd Helms

Free Dining was a real mess last year. And not as the old commercial used to say “a chocolate mess”. It was a total, unabashed, disaster.

I’m getting the feeling that Disney didn’t learn much from my tirade last year and this year may be as disappointing for a lot of people as last year was. Just a feeling I’m getting based on how often the Disney computers have been crashing lately.

One thing we did notice from last year is it was a whole lot easier to change a reservation to Free Dining than to make a new Free Dining reservation. My guess is that will be doubly true this year.

That means, if you want to go to WDW during the Free Dining period which is typically late August through the week before Christmas excluding October and Thanksgiving week (and maybe a few more dates along the way) you might want to make your reservations NOW!!! I mean TODAY!

Will that list be the same this year, who knows? But that’s where I suggest you start.

Yes, I know the typical nattering naybodies will be out telling you NOT to make a reservation because that might throw off the balance of the earth and Disney might not even offer Free Dining. To which again I say (I’ve said it for years) BUNK! We’ve been through this for several years. Every year you hear the same refrain, if too many people book it won’t happen.

That might be true, but it would take a lot more people to book than this post will ever reach.

Dad always recommends that you use our partners over at Destinations to Travel for all your Disney trips. I believe in them. I not only recommend them, but I talk to them every day. I even book my own trips with them. They will take great care of you and help you every step of the way.

So the bottom line is, Dad “knows” Free Dining is coming soon. The best way to get Free Dining, in Dad’s opinion, is to book your reservation in advance. Like NOW! Today!