Rumors and Leaks. They are on the front page of every paper. I HATE rumors and leaks.

Last week on Lunch with Dad (seen every Friday at Noon Eastern*), I ranted for a full 5 minutes about the “big, flimsy rumor” that came out about a new transportation system at Walt Disney World.

I did a total Wreck It Ralph on that rumor. (But I’m not a bad guy.)

Yes, I hate rumors and leaks but I think I’m repeating myself.

Now someone, I don’t know who, is “Leaking” chapters out of my upcoming book. I’m not happy. (He says, tongue planted firmly in cheek.)

If I figure out who’s leaking I’ll fire them. It’s probably that silly pig.

Who me? Silly? Whachyoutalkinbout? I didn’t leak it. I thought you did.

It doesn’t matter who leaked it, it’s out there.

Hey, maybe the nice folks would like to read it.

So are you going to tell them how to get the leak?

Good idea. It’s over on the Simple Fun Magic Facebook page. Hey, it’s out there. Leak and all. You might as well see what I’m working on.

Let me know what you think. You can leave comments right there on the Facebook page.

*Yes that’s a shameless plug for Lunch with Dad. Check it out… 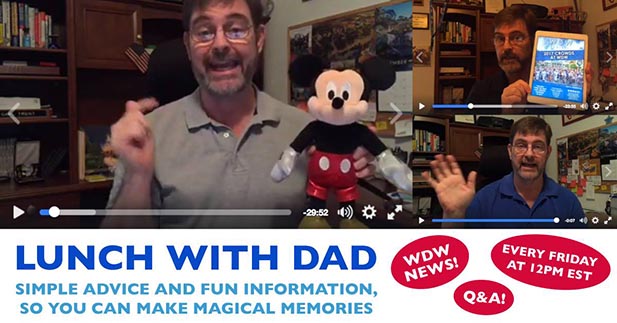