Hi Dad! We have an 8:05 am res for Olga’s Cantina and a 2:45 pm res for the Droid Depot on 1/24/20. Hollywood Studios opens at 8am that day. Will we need a boarding pass? How early should we leave Bay Lake Towers? Any advice to maximize our time in the park is greatly appreciated!! 🙂 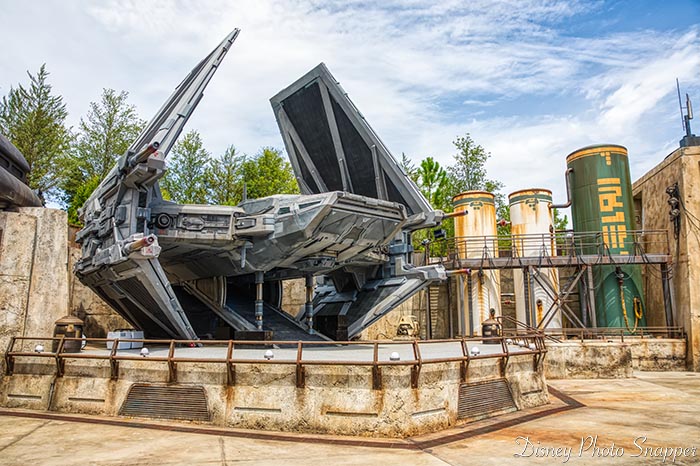 Hi Betty. Thanks for the question.

You do NOT need a Boarding Pass (Boarding Group number) to enter the new (and totally awesome) Star Wars:Galaxy’s Edge. Anyone can go in and walk around and enjoy the land.

Boarding Groups are for those who want to ride the brand new Rise of the Resistance attraction, which, in my opinion, is the best attraction Disney has ever created.

If you do want to experience Rise of the Resistance (and you should) be in the park at least 30 minutes before the scheduled opening time. As soon as you get in the park (tickets scanned), open your My Disney Experience app and try to get in a Boarding Group.

You won’t have to look hard to find it. It’s right there at the top of the front page.

You probably need to LEAVE Bay Lake Tower at 7:00 am to get into the park. That’s leave, not get to the bus stop. If you’re driving yourself or taking a Minnie Van or similar, leaving at 7 (or even a couple minutes after) will work. Check the bus schedule, try to be on the bus before 7.

It’s only a 10 minute ride to the park, but you’ll want to be there early to get in the gates.

When it comes to maximizing time, I’m all about riding the big rides early in the morning. That’s why I’m not sure I would have chosen an 8:05 am ADR for Oga’s Cantina.  Especially if I was going back to Galaxy’s Edge in the afternoon. That time would be better spent riding Slinky Dog Dash or any of the other big line rides.

Ride the Busy Rides First is Dad’s #3 way to beat the crowds at Walt Disney World.

That page will tell you pretty much everything about maximizing your time.

Star Wars: Galaxy’s Edge is the biggest, most ambitious and best land Disney has ever created. You don’t need a pass or to join a group to get into the land, but you will need to be in a Boarding Group to experience Rise of the Resistance.

Do leave the hotel early. It’s probably better to be early than late. Oh and Oga’s at 8:05, not the best idea.

Have a question for Dad? Go over to our Ask Dad page and fill out the form. I’ll be happy to answer.