I got a message over on our Facebook page asking me a pretty good question. Normally when we get a question like that we throw it over on an Ask Dad page, but this question is something I’ve been thinking about and probably need to address a little deeper than an Ask Dad question.

The question boiled down to “have Walt Disney World crowd patterns changed?” 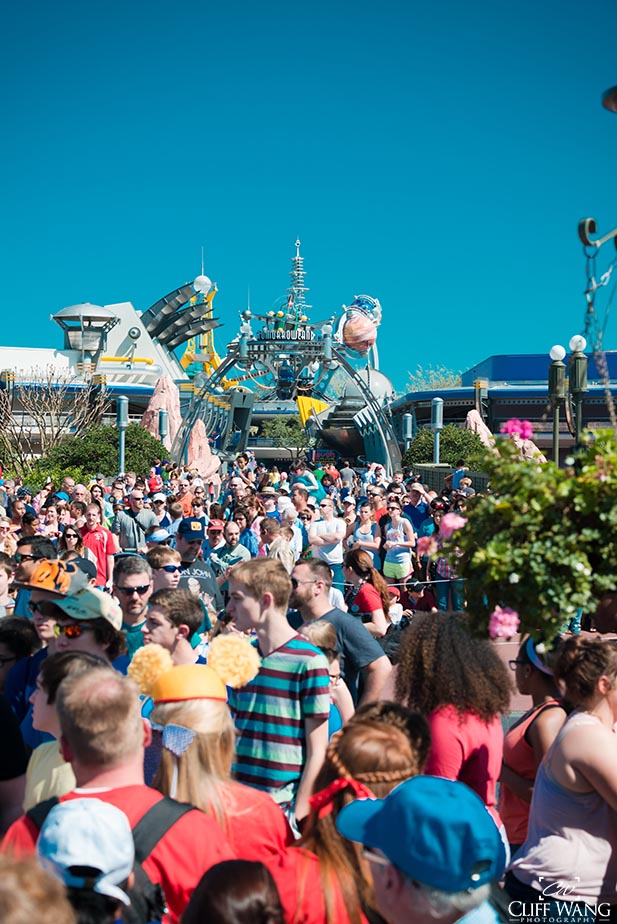 Disney’s dream is that every day the crowds will be like this. Can anyone say nightmare? – Photo by Cliff Wang

I know, it sounds like a pretty silly question. The crowd patterns at Disney World have been pretty stable for years. Predictions have been easy. You just look at when the school holidays fall and that’s when everything will be busy and when the schools are in session the crowds are light. Simple.

It seems like that has changed over the last couple of years. Last year there were some weeks that were a little funky. This year has been pretty weird. February, which is usually a very slow month, had some CRAZY busy days. Crazy busy.

The 4th of July week, typically one of the busiest of the year, wasn’t bad at all this summer. In fact, for the first time in several years, Disney ran a big discount for the summer months.

Oh, and just this week it came out that Disney is now offering Bounceback Discounts for 2017 that include the 4th of July! If you go by historic patterns, that’s totally and completely nuts.

There are a couple of reasons for some of this and we’ll talk about that in a minute.

The question I got specifically mentioned that this week, Touringplans.com changed their first week in December predictions from ones, twos and threes to four, fives and sixes. This person was worried that would mean the parks would be busy.

So here’s my answer to that.

I think I would answer a big, maybe. The first week of December is always kind of dicey to predict because of the Pop Warner Championships. The Value and Moderate Resorts will all be filled to the brim, the parks, typically won’t be all that busy. Typically.

It’s because the kids typically do their contests during the day and sometimes go to the parks in the evenings, but not always.

I predicted higher crowd levels than Touringplans when I put out my calendar. You can see what I predicted on Dad’s December Crowds Calendar.

How busy will it be? Who knows? My guess is that the crowds in early December won’t be too bad. You’ll see some busy days, but then the next day is just as likely to have no crowds at all.

Why is this happening?

So why is this happening? Why are the crowd patterns at Walt Disney World changing?

There are a couple of reasons. First, the crazy price increases. Disney raised prices on their high crowd day tickets around 18% this year, Annual Passes went up about the same amount. Actions have consequences. Prices go up, crowds go down. (The secret is that’s exactly what was supposed to happen.)

The second reason is the US Dollar has gotten stronger meaning it costs more to come to the US for those from other countries. The non-US guest count is down quite a bit this summer.

It has become abundantly clear that Disney is trying to move some of the crowds out of the busy times into the slower times. They are starting to be pretty effective.

While it’s a good business strategy for Disney, it’s pretty annoying for us who love those low crowd times.

What does this mean long term? Will Disney World crowd patterns actually change? We’ll have to wait and see. I doubt September will ever be as busy as July, but who knows? One day it might be.

The bottom line is, like everything at Walt Disney World crowd patterns change. I remember when the first week in October was a great time to visit now it’s very busy.

Things change. If you happen to show up and find unexpected crowds, then you just deal with it. Duh. Get to the parks early, ride the big rides first, use FastPass+ and have fun.