The Hollywood Brown Derby in the Disney Hollywood Studios is a tribute to the legendary restaurant in the California. It’s home to the truly famous Cobb Salad, a Tinseltown fixture which was created by Bob Cobb, the owner of the California landmark. 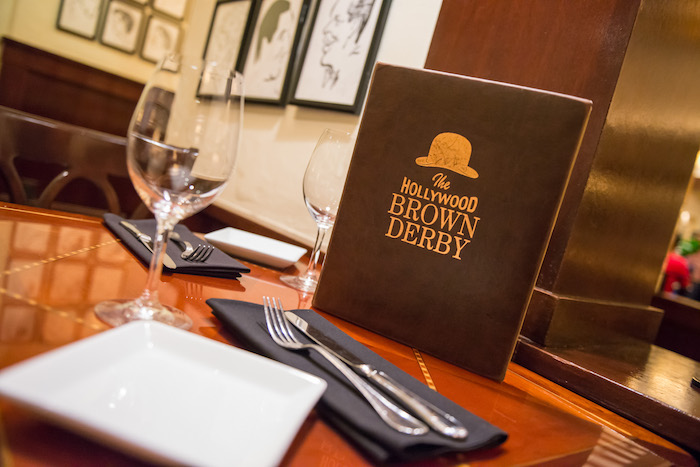 Although the original restaurant in Hollywood is closed, this Brown Derby is inspired by and licensed by the group that started it all.

Inside you’ll find all the charm of the original (which closed in 1985) including the famous caricatures of famous faces on the wood panel walls. The tradition started a long time ago in the original restaurant when movie stars would eat at the restaurant and the owners would make a caricature and put it up on the wall.

The food is a bit artsy fartsy for Dad’s taste, but if you like the “California cuisine” style this will be right up your alley.  Even though this is a signature dining location, it’s pretty casual and not too stuffy. 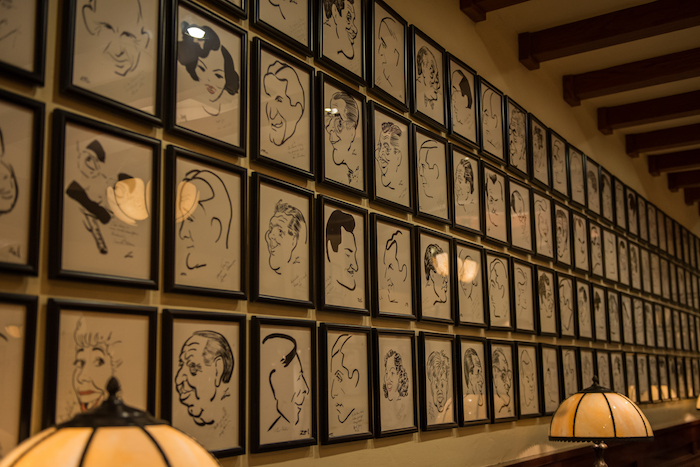 Caricatures at The Hollywood Brown Derby. Photo by Cliff Wang

Like the original, the menu here is quite simple but classy. The items on the menu are a little fancier than the menu itself, but like the look, they are classy.  There are a lot of dishes with fresh, local begetables, some seafood, and some Asian-fusion fare (whatever that means).  They’re known for their Cobb Salad and their Grapefruit Cake (who puts grapefruit in a cake?!).

This is a popular spot so Advanced Dining Reservations are a must.  Make them 180 days out – and specify if you want a regular reservation (where you can order anything you want) or a Fantasmic! Dining Package (which gets you one entrée, one dessert, and one non alcoholic beverage plus a ticket to see Fantasmic! that night without waiting in line or getting a FastPass+) 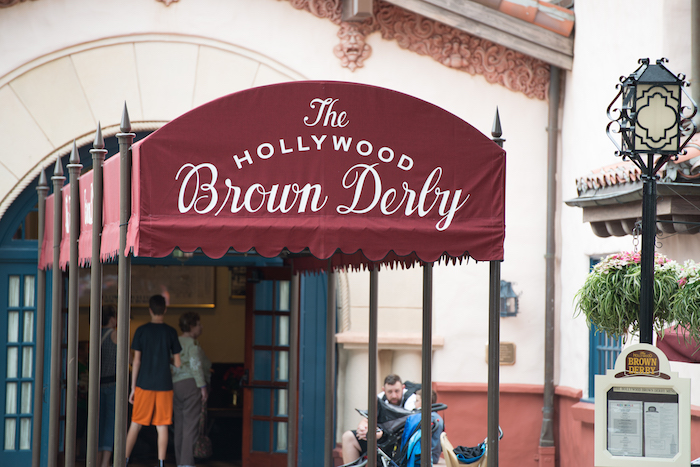 Entrace to The Hollywood Brown Derby. Photo by Cliff Wang

This is a charming little restaurant with pretty good food. Give it a try.