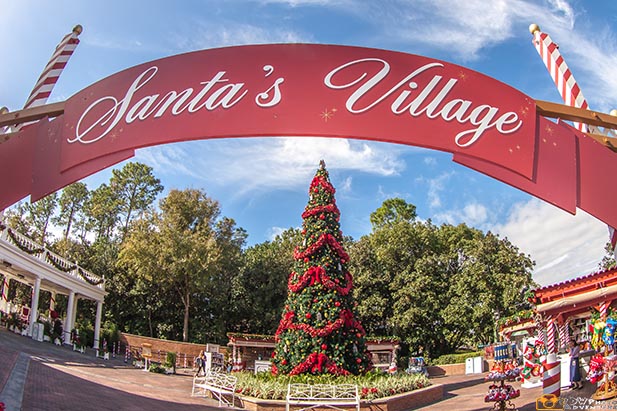 I got a question this week from a lady who wanted to know if her family could get a hotel that had a kitchen and still be close enough to walk “most everywhere”. I answered it by telling her about the parks you can walk to and the hotels that are close to those parks and some general information like that. (See my answer here.) 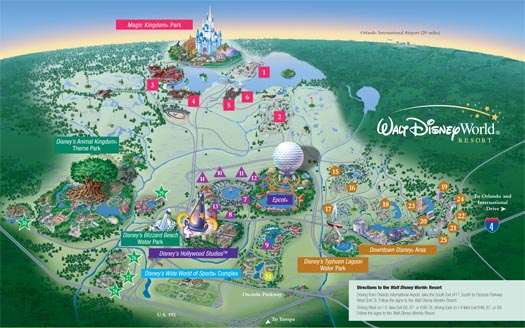 It’s bigger than it looks here.

I’ve struggled with that question a bit this week after I wrote my answer. I wonder if that nice lady was thinking that Walt Disney World is like Universal where it’s small enough that you can walk everywhere. This got me thinking about all the people I hear that talk about running back and forth between the parks, or that only plan 10 minutes to get from the Magic Kingdom to Boma (in the Animal Kingdom Lodge) because, they say, how far can it be?

I guess it boils down to this question – How Big is Disney World? (Hint – it’s bigger than a breadbox. Ha, ha.)

Walt Disney World is an enormous place. Size wise it’s about the size of Boston, Massachusetts proper. It’s 47 SQUARE MILES. The Magic Kingdom is, depending on which entrance you take, almost 10 miles from the highway. It’s 8.5 miles from the Magic Kingdom to the Animal Kingdom and the Animal Kingdom Lodge is another couple of miles down the road.

The 4 parks aren’t really in walking distance of each other. OK, yes, you can walk from the back of EPCOT to Disney Hollywood Studios, but it’s still a pretty good hike. Again, it’s not like Universal where you can walk out of one park and down to the other park in just a couple of minutes. (This is not a criticism of Universal. It’s actually lots easier to get around over there.)

Some of the resorts are pretty remote too. It can take up to an hour to get from the Magic Kingdom to the Animal Kingdom Lodge. (Happened to me once.) Getting from a campground in Ft. Wilderness to just about anywhere can be a real ordeal.

Shoot, when Mrs. Mom and I were on our Palooza last year, we were staying at the Contemporary Resort. “Just a short walk to the Magic Kingdom” I heard someone say. Yeah, a 15 minute walk in the burning sun on a day when you are going to walk about 10 miles already and we were 2 hours late and … (should have taken the monorail) OK, I’ll quit complaining. It just wasn’t the perfect way for us to start our day at the Magic Kingdom.

I guess what I’m trying to say is that Walt Disney World is a big place. Look at the map above. It makes WDW look pretty small doesn’t it? Just remember, it’s bigger than a breadbox.