How often do they change mattresses at the Port Orleans Riverside? 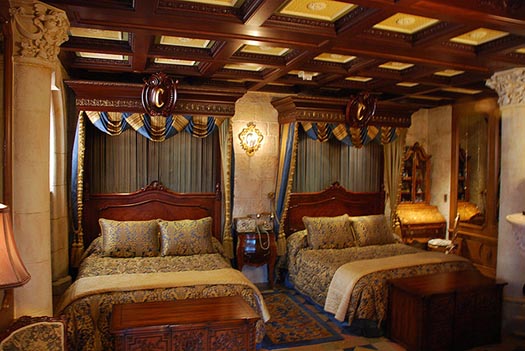 Bet these are some comfy beds – Photo by shadowstorm

Dad’s A Place to Rest Your Head Answer

Thanks for the unusual question! Dad had to do some digging for this one, and the answer isn’t definitive but I can give you a pretty good sense about what the norm is when it comes to mattresses and bedding at Walt Disney World.

In the hotel industry, it’s pretty common for mattresses to be replaced every 3-8 years, depending on wear and tear. Since Disney properties are very popular, this likely happens more often than at some other hotels, but the folks at Disney are pretty environmentally conscious too (unless you ask, your sheets and towels aren’t even replaced each day!) so they take care of their mattresses to ensure they last a long time.

Disney uses mattress protectors on every bed in addition to sheets and blankets to put an extra layer between you and the mattress – which also ensure that if the sheets become soiled the mattress is, well, protected! If you or your child does have an accident, Mousekeeping will be right along to strip the bed and change everything, making sure the mattress has the best chance at surviving!

Typically, mattresses are replaced along with carpets, drapes, and linens during renovations. Hotels at Walt Disney World routinely go through renovations to stay fresh for guests, and The Port Orleans Resort is one of the most recently refurbished properties! It underwent renovations in 2010-2012, and the Riverside section was completed between August 2011 and June 2012, so in some cases the mattresses there are less than a year old!

If you’re worried about the cleanliness of Walt Disney World resort hotels, Dad doesn’t think you have any reason to fear. Disney subjects itself to the same standards (perhaps even higher) as all other major hotel chains in America, and you’re as safe here are you are at a big hotel in any other city. If it’s comfort you’re worried about – the beds can be pretty comfy, as long as you’re not stuck on a sleeper sofa (Dad’s not a fan of those)!

Ed, don’t worry about the mattress too much, while staying at a Disney hotel is a great way to enhance your Perfect Vacation, it’s really just a place to rest your head. There’s so much to do and see at Walt Disney World that you’ll hardly spend anytime sleeping at all!