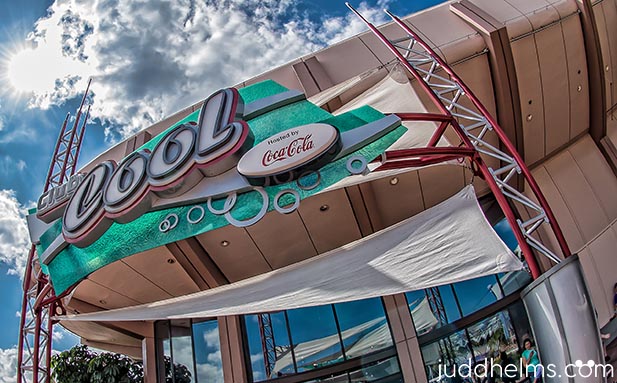 Hot or cold, this place is always COOL! – Photo by Judd Helms

Now, I will say that one year ago, I was at Walt Disney World and it wasn’t cold. On December 13th it was like 90 degrees. NINETY DEGREES! It was hot. That wasn’t so much true this year on December 13th. My assistant Stephanie she was at Disney World on December 13th this year. She’s been there all week this week. The pictures from WDW show everyone all bundled up. Gloves, stocking hats, heavy coats… It was cold.

It is winter. Sometimes in the winter, even in Florida, it gets cold. Shoot, The Man-Child has had snow TWICE this year in HOUSTON! They rarely get snow in Houston. It’s been cold this year. 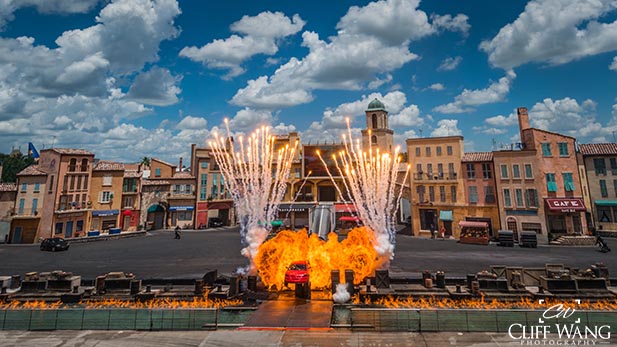 So how do you stay warm when you’re at Walt Disney World and it’s cold outside? Well, I’ve got a few ideas.

We’ve been there when it was really cold, but …

The first thing you need to do is you need to be prepared. You need to come with the clothes that you need. Weather.com will tell you up to 30 days in advance, they’re not always exactly right, but you can kind of get general ideas about whether it’s going to be cold when you’re there. If it is, bring your cold weather clothes.

Most of us live in colder climates. It’s why we go to Disney World in December. So bring your cold weather clothes. Bring sweatshirts, bring layers. Layers are really important. Typically what happens in Orlando is the mornings are very cold, when it’s cold, the mornings are very cold. It warms up during the day, and it cools down again in the evening, so you might want layers. You might want a jacket, and a sweatshirt, and during the day, you may have to take them off.

Layers of clothes is what we use the backpack for. Peel them off and put them in the backpack. There are also lockers in all the parks, that you can rent where you can put your clothes, if you need to get rid of them. Bring layers.

Don’t forget the hats and gloves. That’s where a lot of heat from your body will escape through your head, so it’s really good to wear a hat and really important that you have gloves on when it’s cold. Those are some places that we don’t usually cover up that really are important to cover up.

Oh, and if you’t bring enough you can always buy some. I know one year we had to all buy sweatshirts and stocking caps. Now, we have some Disney sweatshirts we bought because it was cold and we didn’t have enough clothes. So you can buy stuff. I know Stephanie had to go buy some leggings this year.

So we’ve talked about hats, gloves, and layers. Next comes be prepared. There are a lot of things you need to think about to stay warm at Walt Disney World.

We were parked in the parking lot or where we were staying in the Polynesian, I forget what, we had to go back to the front of EPCOT. So we have to walk all the way around the lagoon to get the front of EPCOT, and it’s like 38, 39 degrees and there is a howling north wind, coming across that lagoon, and it’s just freezing us to death. I mean it was just awful. We were so cold. 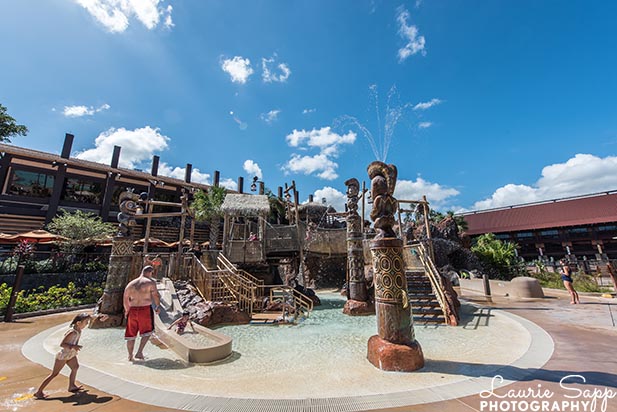 Probably not what we’re talking about – Photo by Laurie Sapp

The main pools close when it gets below 50 degrees. That’s for the safety of the lifeguards. The main pools close, but the quiet pools, the auxiliary pools and the hot tubs all stay open. There’s nothing better than a hot, a warm hot tub, 104, 105 degree hot tub on a cold winter’s night, jumping in there. It’s a little cold when you get out, but that’s another way you can stay warm at Walt Disney World.

The other way is to keep warm is to stay indoors as much as you can. Like when it’s raining. It’s about the same as when it’s raining. You stay indoors. If you’re at the Magic Kingdom, you can get from Main Street all the way to the end of Main Street, and you can get from the entrance to the end without ever going outside by walking through the shops.

There are lots of buildings and inside places in Walt Disney World. Most of the, all of the parks have a lot of indoor stuff. Animal Kingdom is not as good as some of the others but, because there’s a lot of outside stuff at Animal Kingdom, but most of the other places have indoors that you can stay in to stay warm. Now, in the mornings you might want to stay inside, do the outside stuff in the afternoons when the sun’s out, when it gets warmer, then go back inside for the evenings until the fireworks come. So you stay inside as much as possible. 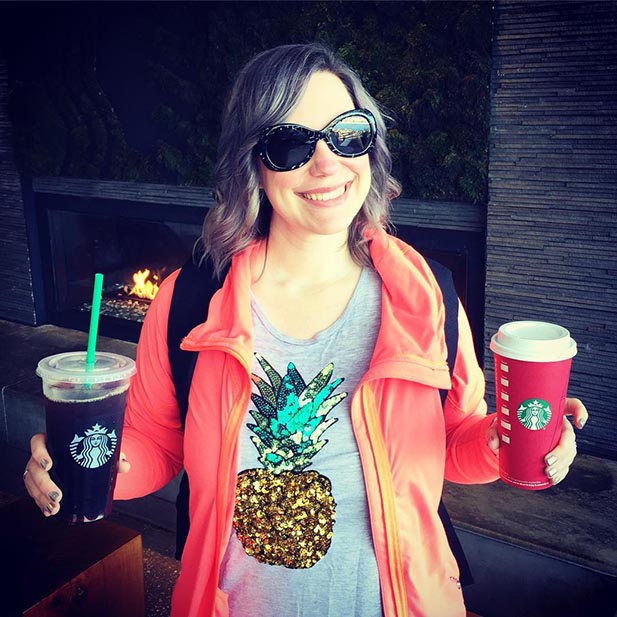 Hot or cold? Which do you choose? – Stephanie choose both – photo by Danny Shuster

Next comes, drink hot drinks. Drink warming drinks. Just holding a warm drink in your hands can warm you up. There’s nothing better than a hot glass of cocoa, walking down Main Street when it’s snowing during Mickey’s Very Merry Christmas Party. I don’t think I’ve ever seen it snowing at Walt Disney World other than that, but you’ve got the fake snow. It’s cold. You got that cup of hot cocoa. Just about the best thing ever.

And then the last thing and probably the most important thing is have a plan. There is … When you come out, know what you’re going to do next, so you can go directly to it. Walking then having to stop and looking at your map while you’re outside, that just doesn’t make a lot of sense. Have a plan. You know I’m all about having a plan. So have a plan.

The bottom line is there are several ways to stay warm at Walt Disney World. I’m sure I’ve forgot a few, so if you have any ideas, put them down in the comments. I’d love to hear what you think!