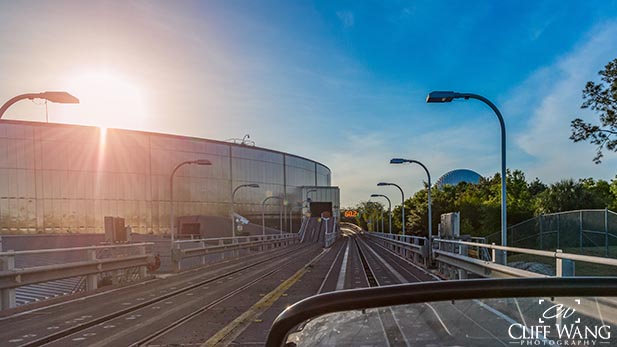 Ride Test Track without a wait – Photo by Cliff Wang

We get a lot of questions about Extra Magic Hours (EMH). Since this month is Crowds month and EMH is a REALLY good way to avoid WDW crowds, I thought it would be a good idea to talk about how to use Morning Extra Magic Hours this week.

The crowds won’t get any smaller that during morning EMH.

So, how to use Morning EMH? It’s really easy.

First you have to be a guest of a Disney Resort, the Swan or Dolphin, Shades of Green and the Disney Springs hotels.

Next you have to check and see what day’s Extra Magic Hours is offered. You can see it on the Disney World website. (Disney might add EMH but usually that’s only in the evening.)

It works best if you’re in the park ready to enter a few minutes before morning EMH is scheduled to begin.

Example, for the Magic Kingdom, if you were going to the Magic Kingdom on a morning Extra Magic Hour day that started at 8:00, you’d want to be there at 7:45, or before, through security and ready to go.

The morning Extra Magic Hour park will be a little busier than it would be on a non extra magic hours day. Just a little bit, not a lot.

I know some people say, you got to avoid the morning Extra Magic Hour park. That’s not really what I see. Yes, the EMH park will be a little busier than a normal day, but not all that much.

BUT morning Extra Magic Hour crowds are absolutely the lowest crowd you’ll see during the day unless there’s a freak storm or something, that runs everybody off. It is the lowest crowd period you will see on a normal day. BY FAR.

At 10:00 I decided I was going to try again and see how fast I could do it. I had a FastPass for Test Track for 10:00, so I went over, I used my fast pass for Test Track. I rode the green line for Mission Space, which is the fast line. Then headed over to Soarin’.

What I was able to do in just over an hour during morning Extra Magic Hours was going to take over 2 hours even with a FastPass. Without the FastPass you can add at least another 45 minutes.

Morning Extra Magic hours will save you a ton of time, a ton of time. Just no two ways about it. It’s the best way to avoid crowds at Walt Disney World.