“I’m a complete procrastinator, and also was very overwhelmed by Disney. I am leaving in two weeks, and I never made any dinner reservations. I don’t really want them for every night that we’re there, but there’s absolutely nothing available. What do I have to do? I have two eight-year-olds and two four-year-olds.” 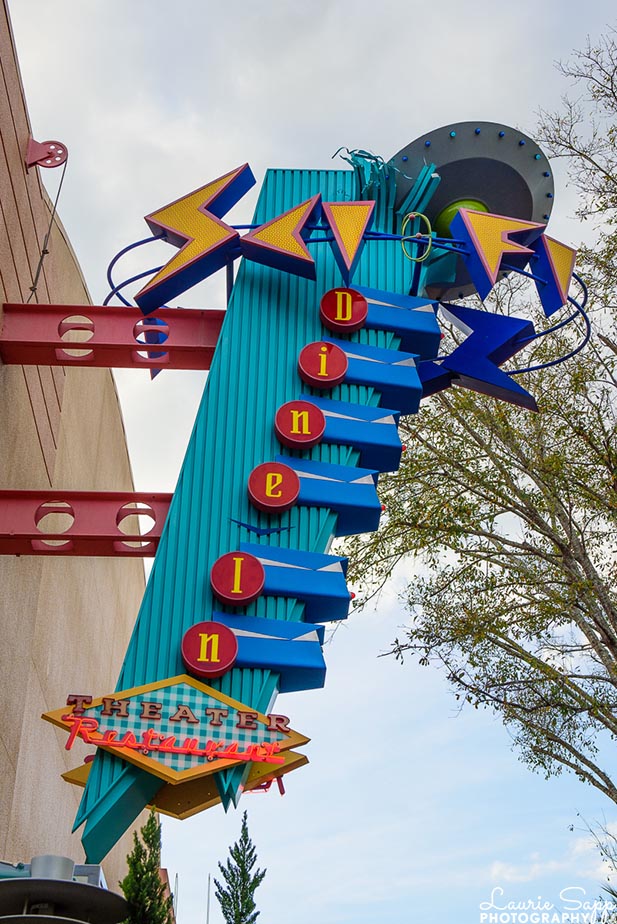 It’s hard to get reservations here – Photo by Laurie Sapp

Man, it’s tough at this point. We did a little checking, and there are over 40 restaurants where you can make reservations right now. Even if you’d done it six months ago, five months ago, you might have had a hard time finding reservations for things like Cinderella’s Royal Table, Le Cellier, Chef Mickey’s, those things that book up quickly, Sci-Fi Dine-In.

Now I did send this lady a note, and she got back with me about what she was looking for. Told her that there are options. I mean you can always walk up and ask. She was looking specifically for the Sci-Fi Dine-In.

While you can’t get the big ones now, there are lots of options. There are some great, even quick, service options. I love the Cosmic Ray’s Starlight Café, Columbia Harbour House. There’s just all kinds of options: Sunshine Seasons in EPCOT, Tangerine Café, Animal Kingdom Flame Tree Barbecue. I’m not going to say anything about food in Disney Hollywood Studios because there’s just not a lot options there that I like. That’s just me.

The bottom line is, yes, there aren’t the big options, but there are options available.