Dad, I’m a little confused. On Thursday you wrote a scathing article about what’s going on at Walt Disney World. It was pretty hard core. It was right, but there wasn’t much Magic there.

Then yesterday, you come out with an article saying that everything is rosy. Walt Disney World is Simple, Fun and Magic.

So, Dad, which is it? Is Walt Disney World Magic or not? 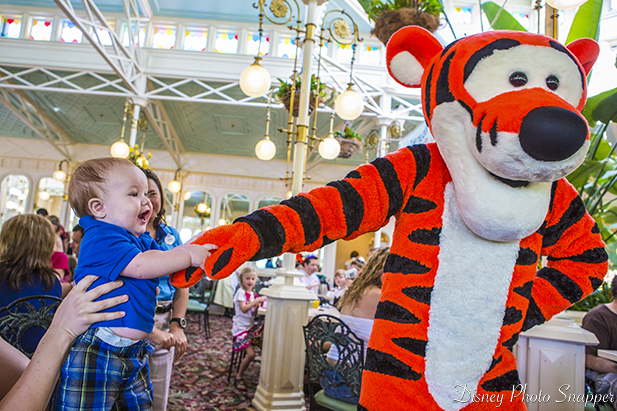 Confused? Why would you be confused? I don’t get it?

Just because over the last couple of days, I’ve written two totally different blog posts with conflicting sounding messages. Yes, I wrote both of them myself and no, the messages aren’t conflicting. But I will admit they might be a little confusing.

Let’s get this out right up front. Walt Disney World is still the Most Magical Place on Earth. There is nothing that even comes close.

Yes, management has made some bonehead decisions this year, but that doesn’t take away from the incredible experience that Uncle Walt created. WDW is still a place full of wonder and Magic.

Never was and will always be

When Disney-MGM Studios opened Michael Eisner said “We welcome you to a Hollywood that never was—and always will be.”

We think of the grand old days of Walt Disney World when things weren’t quite like they are today. Like when you had to stand in line for over an hour to get a Dole Whip, when Casey’s had wheat buns. The days when Buzz Lightyear’s Space Ranger Spin was just “plane” boring, when Cinderella Castle turned Pepto Bismol pink and when characters weren’t allowed in EPCOT, when there weren’t MagicBands or before Bread Pudding at ‘Ohana.

Oh that reminds me of a great old song. It’s time to sing… Come on. Sing along with Dad.

“Those were the days my friend
We thought they’d never end
We’d sing and dance forever and a day
We’d live the life we choose
We’d fight and never lose
For we were young and sure to have our way?

I didn’t hear you singing. (Yes, Dad’s old enough to remember that one.)

Yes, those were the days!

We forget the bad stuff

The Walt Disney World we remember as being perfect just doesn’t exist. There have always been problems. We just forget about them. It’s only natural. We remember the good stuff and forget about the bad stuff. That’s the way we are wired or no one would have a second child. Right?

Look at all the construction and all the new stuff that’s coming online in the next few years. Look at just what opened this summer.

You know, there are some days, don’t tell her I said this, that I don’t like the things Mrs. Mom does. Sometimes she annoys me. (Yes, I know dear, I’m lots more annoying than you are.) But that doesn’t mean I’m going to run away from home.

I would really love to hear what you think about this. Is Walt Disney World still Magic or not? Just scroll down a bit and click on that “Click here to add your comments” link and let me know.