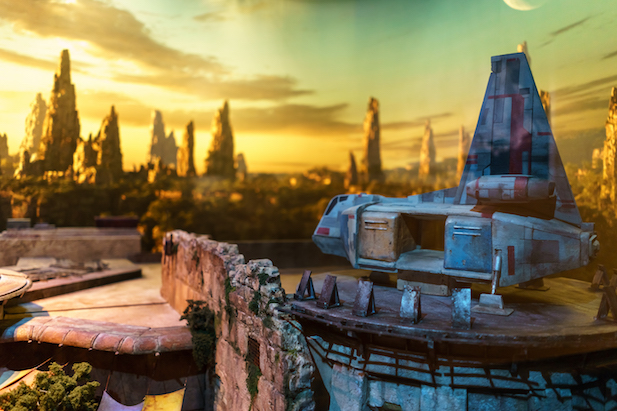 Rachel, I can’t wait for the new part of Hollywood Studios – Star Wars: Galaxy’s Edge – to open. Supposedly, the official time still is summer, 2019. What does that mean for the crowds? We got kind of a peek of what that means when Pandora – The World of AVATAR, opened in Animal Kingdom last year. Or this year, this year, I guess. Time just kind of flies, I don’t know where I am, who I am, what’s going on.

When Pandora opened, we kind of saw what it’s going to be like when Star Wars and when Toy Story Land opens. What I foresee is that yes, the crowds will be crazy when Star Wars: Galaxy’s Edge opens. It will be crazy in Disney’s Hollywood Studios. The pattern we saw with Pandora, is that the overall crowds bumped up just a little bit, but not 20 percent. Maybe three or four percent, but not 20 percent.

Now the Animal Kingdom crowds, especially in Pandora, the five or six hour wait just to get into Pandora, those crowds were crazy but the overall crowds, in fact, in the other parks maybe were down just a little bit, compared to what they would have been when everybody was in Animal Kingdom when the land first opened. Now, a month later that had kind of bounced out to normal.

What it really kind of boils down to is: when will Star Wars: Galaxy’s Edge open? If it opens in summer of 2019, like it’s scheduled to, then November 2019 is going to be fine. By that time, the crowds will go back to their normal levels. Hollywood Studios is going to be crazy, yes. Hollywood Studios, Star Wars, Toy Story Land, it’s gonna be big and busy and crazy but the other parks might be a little less busy.

It’s all about, when does Star Wars: Galaxy’s Edge open? If it opens in October, November is going to be a problem. If it opens in the summer or September, November will probably be alright. I might suggest you plan the February trip but November should be alright, depending on when the new section of Hollywood Studios opens, and again, it’s probably only going to affect Hollywood Studios. The other parks will be fine.