Impressions de France, or Impressions of France for us who don’t speak French, (Isn’t Dad helpful?) is the movie played in the Palais du Cinema which is located smack in the middle of the France pavilion in Epcot’s World Showcase.

The movie takes you on an 18 minute virtual tour of the country of France. From the top of the Eiffel Tower to the beaches of Cannes you get to see France in Circle Vision 200. 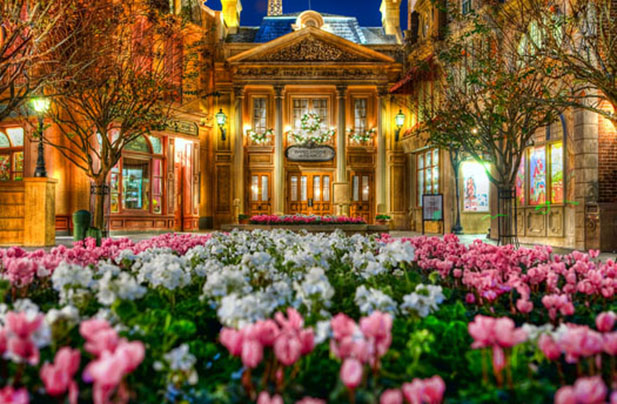 This is an airborne and sometimes even wagon-borne CircleVision 200 movie. Yes, I said airborne. Disney strapped a bunch of cameras to the bottom of a helicopter and took video of some of France’s most beautiful sites. You get to see the Eiffel Tower, the colorful gardens of Versailles and even a car race through the mountains outside Cannes.

The music includes bits from some famous French composers like Claude Debussy, Camille Saint Saens, and Francois-Adrien Boieldieu. The soundtrack is performed by the London Symphony Orchestra.

The movie is more of a travelogue than just beautiful sites. The narrator in heavily (not heavenly) accented English brielfy but mainly lets the pictures and the music tell the story.