“Is Mickey’s Very Merry Christmas Party worth the money for a ticket? I’m going in December.” 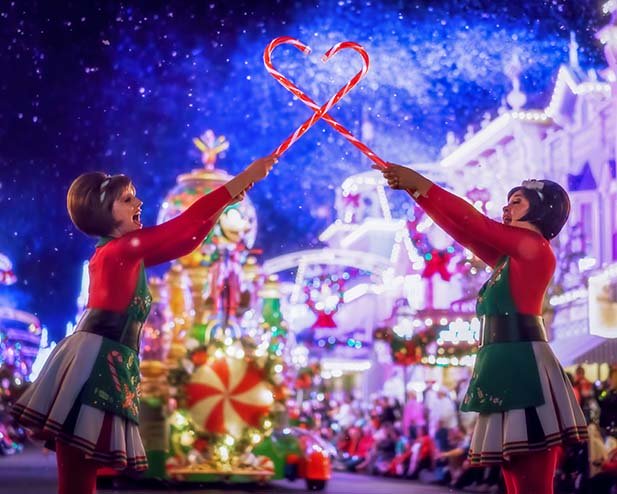 That’s a good question Devon. I get that question a lot. The question really boils down to if you have to ask the question it’s probably not.

Is it worth it? No, it’s no worth it money wise. What do you get extra at Mickey’s Very Merry Christmas Party?

You get some snacks, used to it was just cocoa and cookies, but now they’ve added some different snacks around the park. Each land has it’s own special snack. The snacks are free.

Then there is the night time parade, the Christmas parade. It is amazing. It’s beautiful. They also put out fake snow on Main Street. It’s actually soap so you’ve got that soap, that snow look coming down Main Street, incredible. Those are the extras you get with the party. 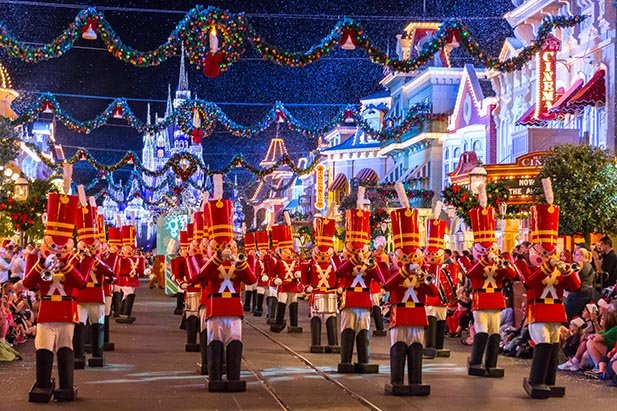 The Toy Soldiers lead the parade – Photo by Andy Sanchez 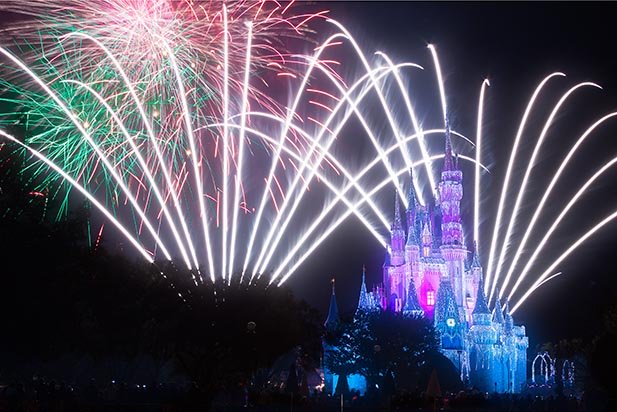 Let’s talk about the rides. Yes, you do get to ride the rides and the lines will be very short. The last time Mrs. Mom and I went to a party we walked onto Jungle Cruise at 8:00 at night. Nobody there but us. We walked all the way through the line right to the front and get right in the boat. Lines are shorter at the parties, no doubt about it.

The Christmas and Halloween parties are typically held during some of the slower days of the year so the lines on the rides aren’t usually too bad. On party days the Magic Kingdom crowds will be smaller than normal because the park closes early. Party days are usually a good day to go to the Magic Kingdom if you want to ride the rides.

If you’re struggling with money, no, Mickey’s Very Merry Christmas Party is not going to be worth it. If you can afford it, absolutely. It’s a great show.