Is the dining package actually worth it? Also, is there a way to see the selections of food before purchasing? 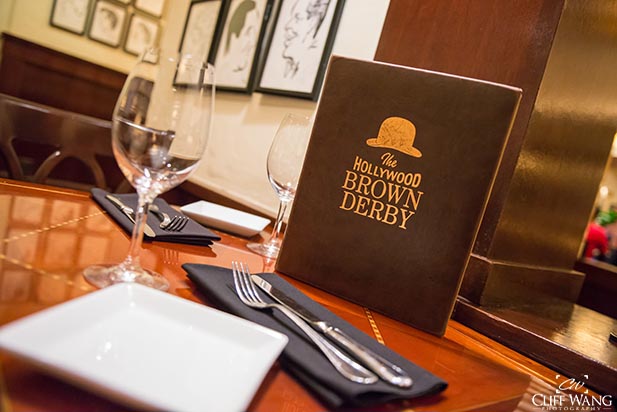 Is using the Disney Dining Plan at the Hollywood Brown Derby a good idea? – Photo by Cliff Wang

I think that probably most people lose money. In fact, Stephanie my assistant, did a little study and there are only two credit restaurants where you actually are saving money by using the Disney Dining Plan, only two. Cinderella’s Royal Table and Lunch at California Grille. The rest of the two credit restaurants, you would be better off just to pay money for it.

I hear all the time about all these people that are converting, credits into snack credits and buying a bunch of candy. That’s just silly. That’s just not a good use of the Disney Dining Plan.

See What’s on the Menu

So to your other question, is there a place you can go to see what’s available before you purchase? Absolutely.

You go to the Disney website, you go and find their dining, it’s under Things to Do. Scroll down and put all dining. And you can see all of the restaurants at Walt Disney World and you can click on the restaurants and it will say, “Meal Plan accepted” for that restaurant if the dining plan is accepted.

It also will have some pictures of the food that’s available at the restaurant. Most of the restaurants do participate in the Disney Dining Plan, so if you want to see what’s there, go to the Disney website, they’ve got all that information for you.

The bottom line is, I’m not a fan of the Disney Dining Plan, haven’t been for years. I’ve done it, Mrs. Mom and I have tested it, we did save $18 on the Disney Dining Plan over six days, but we had to think about what we were gonna order, where we were gonna eat. That $18 we saved over 6 days and that was the cost of the refillable mugs, which we would’ve bought anyway.

I’m not a fan of the Disney Dining Plan. You need to do the math and see if it works for you.