“We are staying at the Flamingo Water Park Resort. We are trying to figure out the best/easiest way to get in to the parks. Is there a park and ride that we can catch a bus or shuttle right to the gates or do we have to wait in the line of cars?” 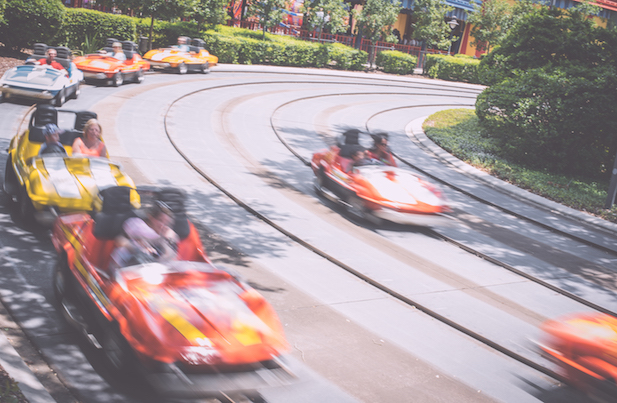 Dan, I don’t know of any park and rides around Walt Disney World for the Disney parks. There might be, but I’ve not heard of any. I don’t think there are.

I’m of the opinion that driving yourself is the best way to get around at Walt Disney World, especially if you’re staying off-site. As to going somewhere and getting on a shuttle, it depends on the times the shuttles run. Nobody, not even Disney, runs shuttles continuously to all of the parks.

We were at the Port Orleans’s French Quarters two weeks ago and we waited 20 minutes for a bus to EPCOT, it didn’t come. We decided to go ahead and take our own car, and as we were pulling out the truck, here comes the bus. But even at that, it saved us time to drive and get into the park that way.

As to the lines of cars at the parks, I don’t know what you’re talking about. Yes, at Christmas the traffic is crazy, there are lines of cars everywhere during the Christmas holidays… But if you were on a shuttle, you’re gonna be in that same line. The shuttles, the buses, everybody goes to the same point.

Everybody going into the Magic Kingdom, including the buses, go to that big parking pavilion. Everybody goes to the same point. I mean, you’re going to be at that same place. Now yes, there is a bus line, and that’s only for Disney buses. Other buses have to go through just like everybody else. So you’re not gonna save any time by using any kind of shuttle or bus service from outside the park. You might save a little time at the Magic Kingdom because they get to go and drop you off at the front gate and not at the parking lot, where you have to go on the monorail or the ferry over to the Magic Kingdom.

But I am of the opinion that waiting for a bus, you won’t save any time, even if you’re going to the Magic Kingdom.

Dad’s Do You Need A Car at WDW Page

So the bottom line is, drive your own car. Go to the parking lot. You’ll save time and hassle.