Yesterday, a tropical storm formed in the Gulf of Mexico just to the west side of Florida. That’s right folks the beginning of the hurricane season is here again. So what do you need to know about hurricanes at WDW (and no we’re not talking about the football team)? 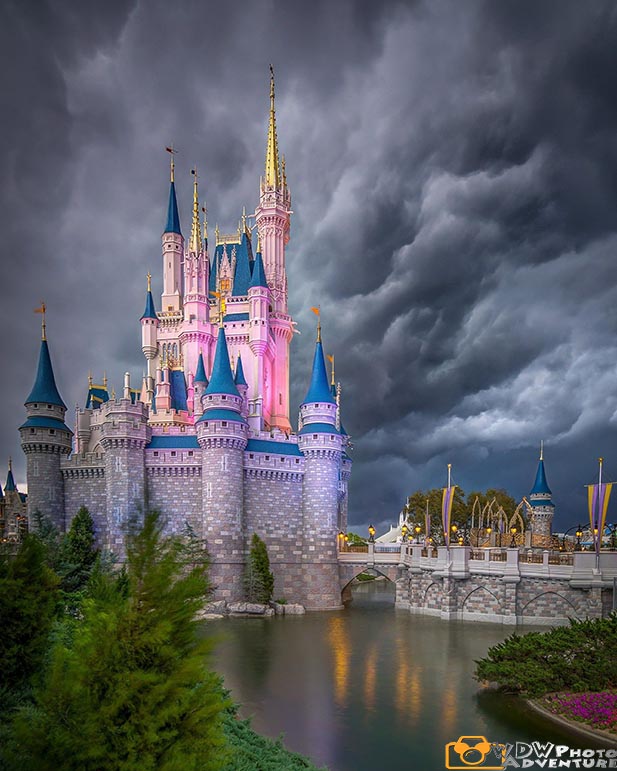 I’ve written a lot through the years about hurricanes in and around Walt Disney World. We get a couple of questions every year about booking in hurricane season, what happens, should I or not, etc. Let’s take a look at some of those;

Hurricanes are serious in Florida. They happen. They are to be taken seriously when they happen.

But they don’t happen that often. Hurricane season peak time is from August to October. Over the last 50 years there have only been 5 hurricanes that have impacted Walt Disney World area. That’s pretty good odds that you won’t end up in a hurricane at WDW.

Me, I’d be a lot more worried about the awful heat and humidity. That happens almost every day of every week of every year during hurricane season at WDW. Be sure to hydrate and rest a lot.

Hurricanes are serious. They can really mess up a trip to Disney World but actually being there during a hurricane, well, the odds are not very good. Disney does an incredible job of taking care of guests before, during and after hurricanes. It’s something to think about, but not a deal breaker.