“Hey Dad, have you thought about revising your crowd prediction for the first full week of the New Year (the week after marathon weekend)? I think Braziialin and other schools may still be on winter (summer I guess) break, plus the racers and their families are there all week (as we were). The big/popular rides were at least 60 mins everyday and the really hot ones were in excess of hours (Space Mountain, Fast Track, Avatar, etc). This week was far busier than our previous trips in mid-Feb and early-Sep.

Keep up the site – it’s great and helps with planning I just think this week has become pretty popular because of the races and the school breaks south of the border. “ 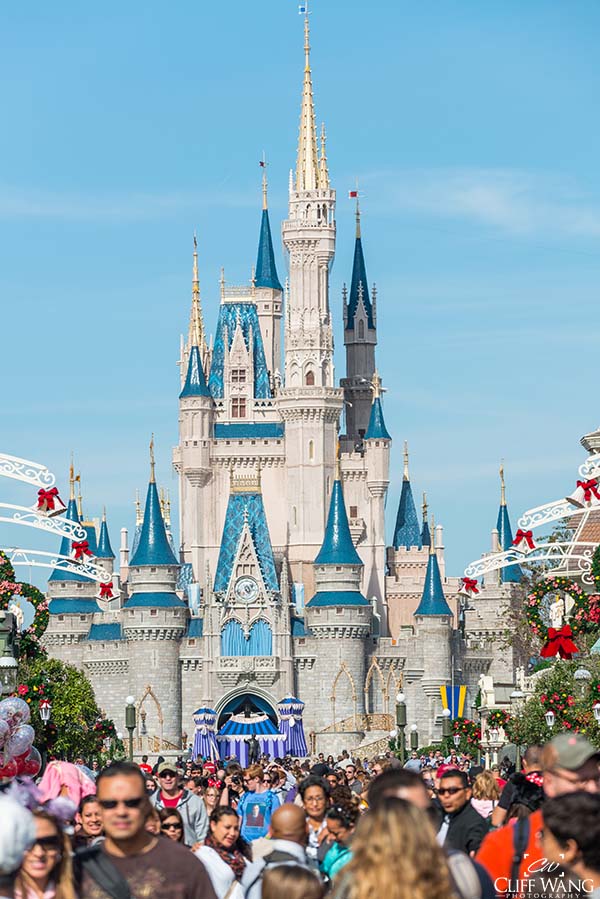 Crowd levels in Magic Kingdom can get pretty high – Photo by Cliff Wang.

Tony, you’re right – that timeframe is going to be busier than in September or February. Those are the slowest times of the year. If you look at my January crowd calendar, the first full week I predicted heavy crowds on the weekends moving to light crowds during the week and then back up on the weekends.

It was a little busier than I predicted. It was moderate or so during the midweek. Usually, I wait until I have a couple of years of data to show what the predictions are before I make any changes. We look at the crowd patterns every year, and we make changes based on the historic crowd patterns and the things we hear from people in the parks.

Yes, that week will probably change on my crowd calendars next year a little bit. It’s not going to change drastically, but yes, it will probably go up.

So, crowds have kind of balanced out through the year. Even the Christmas rush was not as big this year, but earlier in the month of December it was a little busier.

The bottom line is, we examine the crowd calendars every year. We put out the crowd calendars in April for the next year. And then, unless we’ve made some kind of major error, we don’t change them. Other people change their crowd calendars all the time. What good is that? I try to be as accurate as I can, and just leave them. So yeah, you might have a little bit of higher crowds.

But like I keep saying, we’re more accurate than your local weatherman.