“I believe that Labor Day in the US happens on Monday, September 4th, yet your crowd calendar shows that date as green, but Wednesday the 6th as blue. I would have thought it would be the other way around. Is this an error?”

Nope, Don, it’s not. This is one of those things that’s kind of Dad’s intuition thing. 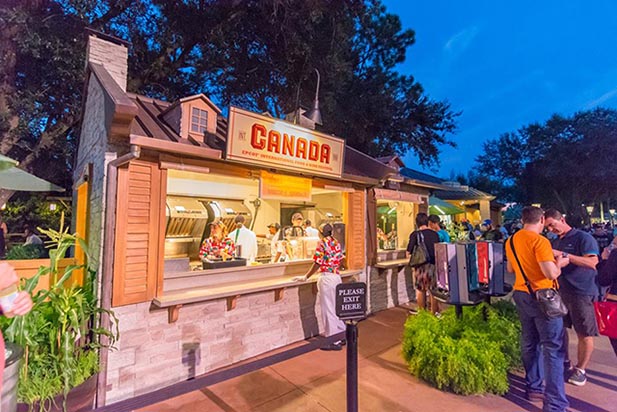 Oh, and this year the Food and Wine Festival will be going – Photo by Andy Sanchez

Labor Day is the slowest holiday, crowd wise in the year, period. It always is.

Labor Day, because of where it hits, US schools start right either on Labor Day, right before Labor Day, or right after Labor Day, just doesn’t have many families going to Disney World as most of the other holidays.

For some reason, (Dad’s intuition) I think that Wednesday is probably going to be a little bit busier than Monday. Sometimes that happens. Is there any reason? I’m just guessing, it’s just a feeling I have. I have seen reports that middle of the week sometimes gets busier.

There are a couple of reasons it happens. Lower prices on the weekdays (hotels). Overlap between the crowds leaving and the crowds coming. Wednesday sometimes is a big check in day.

Will it happen this year? Maybe. What’s the worst that could happen? That Wednesday is slow. Oh boy. Terrible, right?

Yes, Labor Day, Monday, will be very slow. Wednesday, I think some new people will come in, I think there’ll be some overlap in the crowds going out and the crowds coming in, so that kind of happens sometimes. Wednesday is going to be one of those days where it’s going to be a little busier. Will it be a lot busier? Nah, but it might be a little.