“What are the Walt Disney World events that might affect crowds at the end of February to the beginning of March 2018? We’re thinking of going February 28 to March 7. Any help would appreciated.

It’s getting more difficult every year to find a plan, and plan a trip, around all the crowd-enhancing events. We went last February 6 to 16, and there were lots of cheerleading events and some foreign groups, but not unbearable. 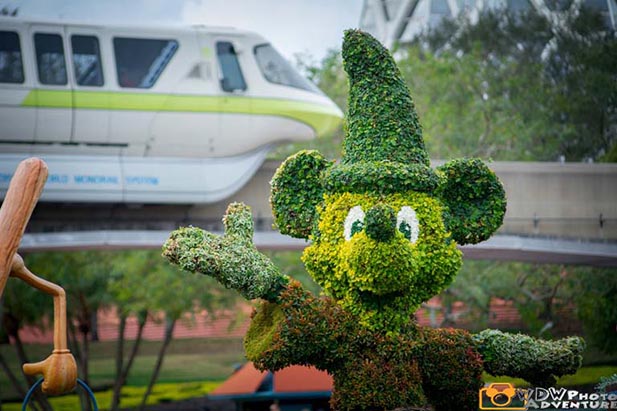 Might be the Flower and Garden Festival – Photo by Wayne Wood

Since Walt Disney World opened, late February and early March has been a very slow time. You’ve got President’s Day craziness and then, boom, no crowds.

The last couple of years it hasn’t been so much. There’s really not a triggering event that causes that, other than low prices. A lot of the slow times are being impacted by the summer high prices.

Crowds in the summers are down probably 10% over three years ago, before they implemented this price increase for the summertime. In fact, Disney is throwing all kinds of specials out for this summer to draw people into the parks because crowds are down in the summer.

The bottom line is there’s no real explanation. It just is happening. If you look at my March Disney World crowds page, the February and the March crowds page, you’ll see that it’s gotten to be moderate to busy time that time of year.