“Hi! I am really hoping you can help with this possibly. I know you cannot forecast but here is the issue. My family and I generally go to WDW every year in August, with the exception of this past December because we wanted to attend the Christmas Party.

So we went a few weeks ago and attend the Halloween Party, which will not happen again. I am used to late hours at the park as we like to sleep in late and swim all day, go to dinner and hit the parks until 12:00 a.m. – 3:00 a.m. This year the parks closed at 9:00. Had I known I would have booked for another month, week, etc.

I did book another trip tentatively for August 13-20 as the crowds before that (including July) look heavy. What days/weeks are the best over the summer to attend so we can really have a truly relaxing vacation. Going to the park during the day is just not for us.”

Not for Night Owls Any More 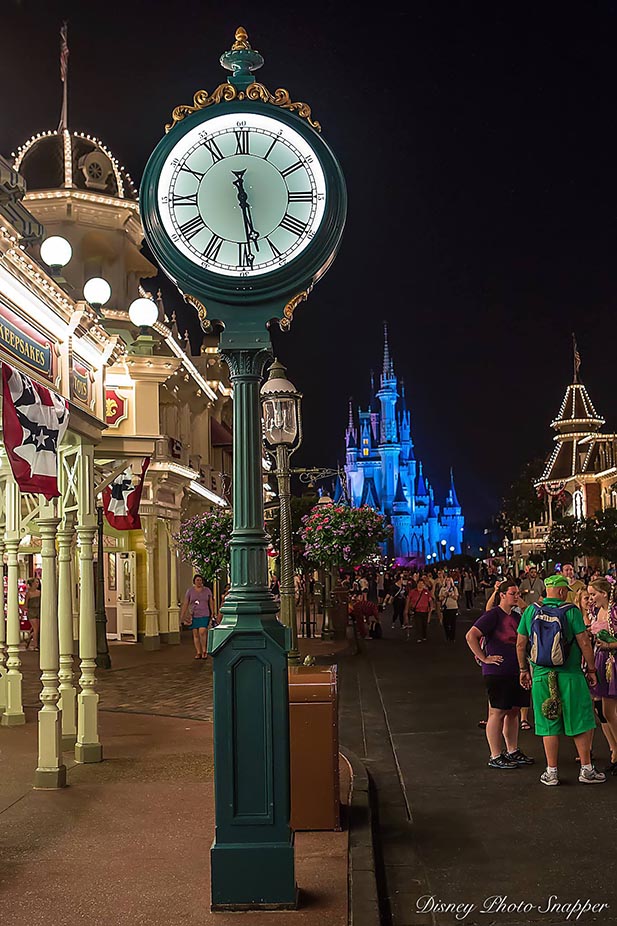 I’m afraid I’m going to be the bearer of bad news but this year Disney cut back on late night hours. The latest any park was open this summer was on July 3rd when the Magic Kingdom had Extra Magic Hours until 2 am.

In August, the Magic Kingdom closed at 10 or 11. One night of the week Extra Magic Hours extended that until midnight or 1 am. Disney’s Hollywood Studios latest closing was a few nights where Extra Magic Hours kept it open until 12:30 am.

But most nights the streets of the parks were rolled up by midnight. Epcot it as 9 pm.

Summer is about the only choice

Summer is about the only choice for late night hours. Easter Week does have a day or two where parks are open past midnight, but that was the only other time for late hours this year.

Oh and there wasn’t a 24 hour event this year either.

Walt Disney World is not as night owl friendly as it used to be. The late night hours are kind of a thing of the past I’m afraid.