Living with the Land is one of Mrs. Mom’s favorite rides. (She just popped her head in, saw me working, and reminded me.) It’s also the ride that most embodies Uncle Walt’s vision for Epcot. Uncle Walt wanted Epcot to be a place where scientific experimentation was commonplace. He even called it and Experimental Prototype Community of Tomorrow.

This is one of the more interesting rides in Epcot. It is almost completely educational, but still draws large crowds. Not very many rides can accomplish that. It’s also 2 rides that have been stitched together without any real story to connect them.

Even though this ride doesn’t have any spectacular effects, it doesn’t have any cute Disney characters, it’s doesn’t even have a bunch of jokes to keep everyone entertained, it’s one of the best rides in Epcot.

Living with the Land 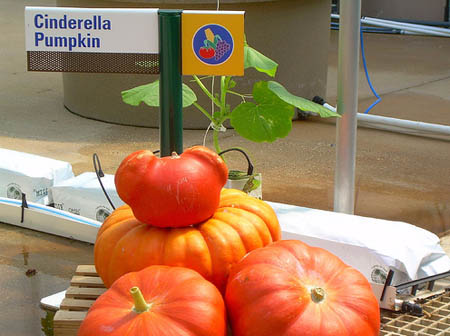 Living with the Land is actually 2 rides in one. The first part of the rides takes you on a slow boat ride through a rain forest in the middle of a thunderstorm, a desert scene and the American prairie. What this has to do with the rest of the ride is really never explored, so Dad’s going to call it a preshow.

There are some interesting effects in this area. You get to feel heat, wind, mist and experience lightning all used to simulate the actual conditions you are seeing.

After leaving the preshow the boat and drifts through the five different areas of The Land’s Living Laboratory. These areas showcase how agriculture will change in the future. Each area shows a different way to grow a “crop”. 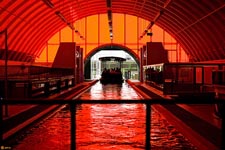 Before getting off the boat, you see photos of people from all over the world and how the produce food.

Here’s a snippet from the ride.

The original attraction called Listen to the Land opened with Epcot in October of 1982.

More history of Living with the Land

This ride reminds Dad of one of those bad TV shows where you know something terrible is about to happen but you can’t turn your head away. There is nothing really earth shattering about this ride, but I find I’m strangely drawn to it every time we visit Epcot.