Hey Yall! This week Dad is talking about gone but not forgotten things at Walt Disney World. With all of the changes it is sometimes hard to keep with everything. Things are in constant change at Walt Disney World.  But that is part of the Magic. It’s Magic when a park updates an attraction or when new ones appear. On the resort side of things, Magical things are happening, renovations are constantly making the hotels better and amazing new resorts are opening as more and more guest flock to Walt Disney World. 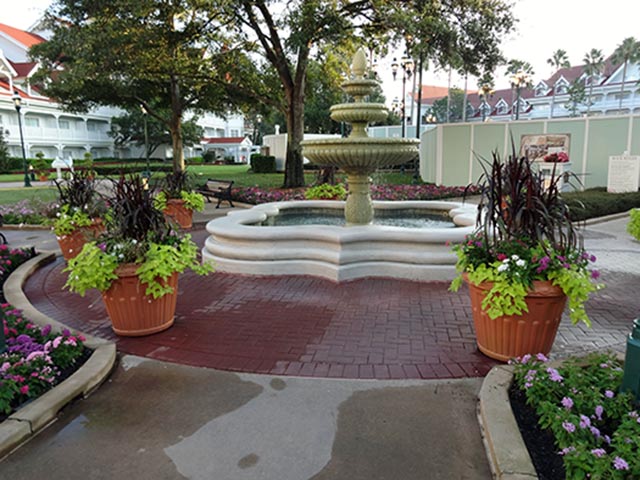 Dad took this picture during the Palooza. Notice the construction fence in the background.

Another restaurant that received a face lift is Narcoossee’s. This is a great place to go for seafood and catch the Electric Water Pageant or Wishes. The renovations were finished on July 22nd. The Beach Pool Bar received some work which was completed on August 24th. Citricos finished up a refurbishment on August 4th. Gasprilla Grill and Games is still under refurbishment until December. The Courtyard Pool and Sandy Cover Shop are also under construction.

Another big change is the Grand Floridian will become part of the Disney Vacation Club. 142 villas will be opening in late 2013 at the Grand Floridian. The DVC has grown massively in popularity and guests are eager to buy more and more property on Walt Disney World for yearly vacation. Hey Dad…..

Speaking of Dad, there is a rumor floating around that Dad’s favorite the Polynesian Resort may be getting a wing dedicated to DVC members. Dad says he might have overheard a cast member talking about this. Other signs that point to this being true include the spotting of sight-line test balloons. Walt Disney World used these to figure out visibility before starting a project.

A new addition to the WDW resort family recently opened is the Art of Animation. This has quickly become a family favorite. Families with young children really love the resort because the kids feel like they are stepping into the movies. I am sure this value resort will become a huge asset to Walt Disney World.

Check back this week as I talk about Magical new happening at Walt Disney World. Tomorrow is EPCOT Day and I have some news to share with you. Check out Dad’s posts for Hotels at Disney World that are gone but not forgotten.