What will Magic Kingdom Hours be when I go there?

The Magic Kingdom is the most flexible of the Disney World parks when it comes to hours. Most days, it opens at 9:00 am. But closing time, that’s another story. It can be as early as 5 pm and as late as 3 am. 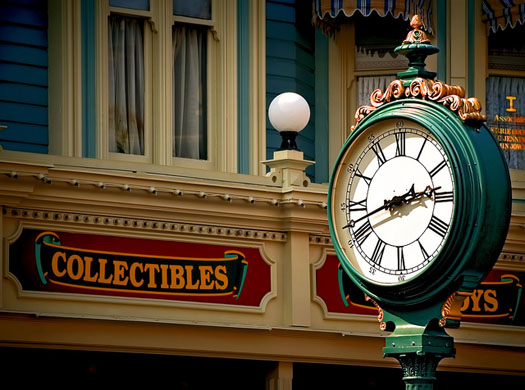 Duing the busy times of the year hours change a little. The park will open earlier and stay open later. Most weekends and holiday periods the Magic Kingdom will stay open until midnight (or later).

During the Summer the park opens as early as 8:00 am and closes as late as 1:00 am or later without Extra Magic Hours. Almost every day the schedule changes. It even changes during the day. Disney has added extra hours as late as noon on the same day.

It really helps to have a touring plan when you visit the busiest theme park in the world. (The Magic Kingdom sees over 15 million guests per year.) That’s why Dad has teamed up with Touringplans.com. They have the best, most up to day information and plans for your Disney World Vacation.

The Magic Kingdom Hours change drastically during Mickey’s Not So Scary Halloween Party and Mickey’s Very Merry Christmas Party. The park will close at 6:00 pm to all but party guests.

Evening Extra Magic Hours can extend the park closing time by 3 hours. I’ve actually seen days when EMH extended closing hours to 3:00 am. And then the park opened again at 6:30 am the next (or the same) morning.

Disney publishes 6 months of schedule at a time. (This matches with the time you can make Advanced Dining Reservations.) To get the latest hours check out …

It’s good to know the Magic Kingdom Hours when your visiting Walt Disney World. Crowds are the lightest at opening and closing times. Go early, go late, or fight the crowds. For Dad that’s a no brainer.