The Magic Kingdom is the perfect Theme Park. That’s Dad’s story and he’s sticking to it. It’s the best designed, it’s the most fun, it’s just the best. Trust me. 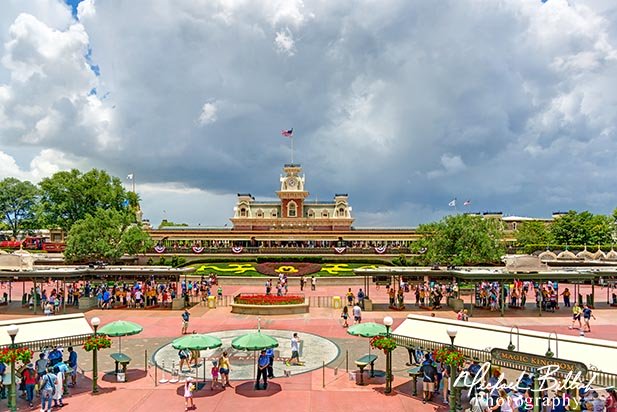 There is a reason they call this park Magic. It truly is. Michael Eisner christened it as the “Most Magical Place on Earth”. From the walk down Main Street, to the Yo, Ho-ing with the Pirates, this is the best place in the whole wide world! 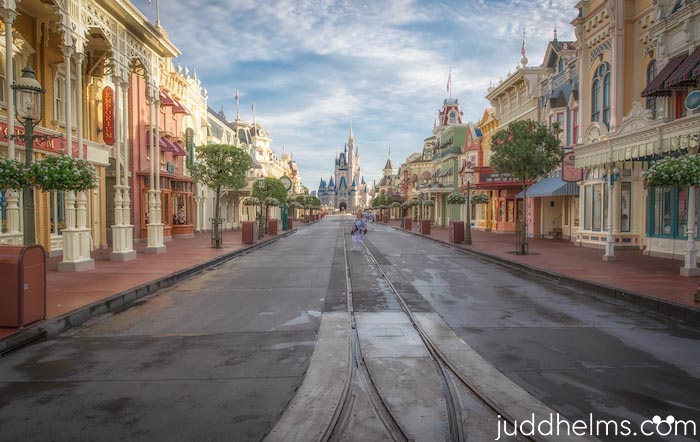 Main Street, U.S.A. is the heart of the Magic Kingdom – photo by Judd Helms

Main Street is the like one of the heart of the United States towns from the time that Uncle Walt grew up in. There’s a candy store, an old fashioned ice cream parlor, a fire station, and even a haberdashery.

Main Street is the opening credits of a great show. It’s the best place to watch parades to watch the fireworks and to see Cinderella Castle.

Here’s some of what’s on Main Street:

Check out the windows on the upper floors of the buildings. The names there are a tribute to those that built the Magic Kingdom. 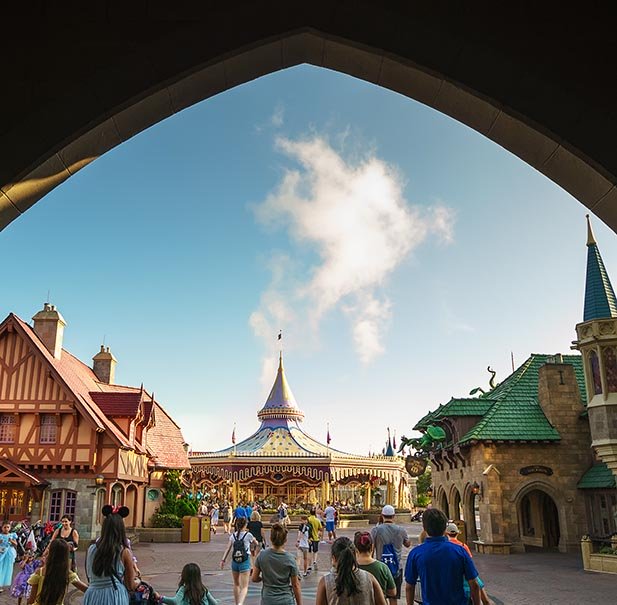 Walking into Fantasyland is something special – photo by Rich Ramos

Fantasyland is the home of the most loved Disney World rides of all times. Some of these rides were designed by Uncle Walt himself.

From 2012 to 2014 Fantasyland received a major upgrade. The remodel brought new attractions and fun.

The first section that opened and is called Storybook Circus.

The Beast’s Castle – Beauty and the Beast

The rest of the Fantasyland attractions –

Fantasyland is the place of Princesses and Fairytales. Its stories are from the best Disney movies of all times. Don’t miss this. 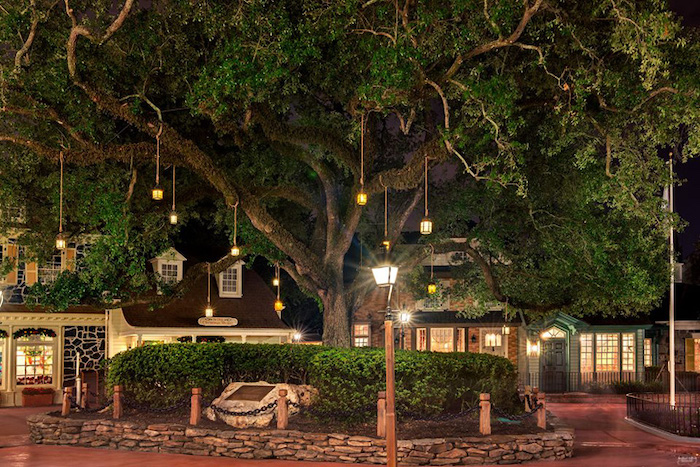 Liberty Square is all about history – photo by Mike Billick

See the pride of a new country. History abounds in every step. From the Liberty Bell replica to the beautiful Liberty Belle Riverboat which could have been working where Mark Twain himself came from.

The the Hall of Presidents you’ll get a chill as you walk through the history of America.

While the Haunted Mansion doesn’t really fit the idea of Liberty Square, the whole area oozes with history. Take a look around. You might just find something amazing. 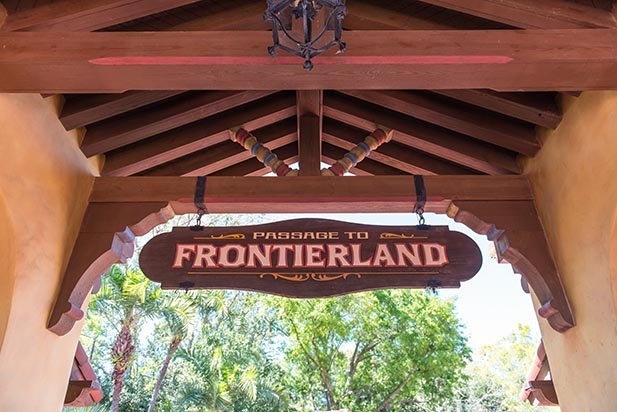 Frontierland tells the story of how the west was won. (Or something like that.) This is a different look at the history of a growing country. A wild and sometimes even romantic history.

Grab your rifle and run off to Tombstone at the Arcade. What a cool place to spend some time. Big Thunder is the fastest ride in the West. And there is nothing more down home fun than going to an old fashioned Country Bear Hoe Down. 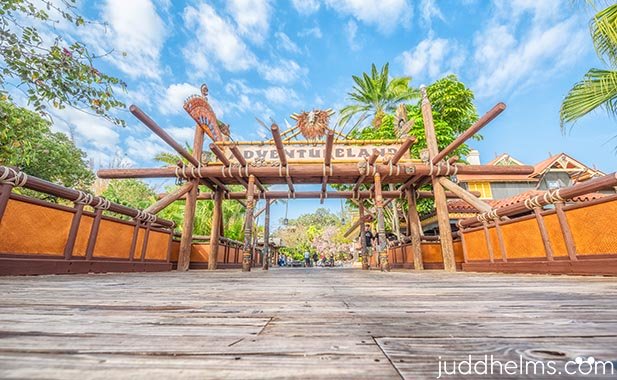 Take a trip to exotic lands around the world. Watch out for the pirates. They are everywhere.

The attractions in Adventureland are classics. They include one of the first animatronic shows ever produced (the Tiki Room) and one of the most unique exhibits you’ll ever see (the Tree House). Then there is the ride that created a whole new movie craze.

While Pirates may be the star of the show, Jungle Cruise is a pretty good warm up. What can you say about the Magic Carpets of Aladdin? It’s Dumbo with a twist.

Classic, timeless rides that are just a whole lot of fun. This is Adventureland. 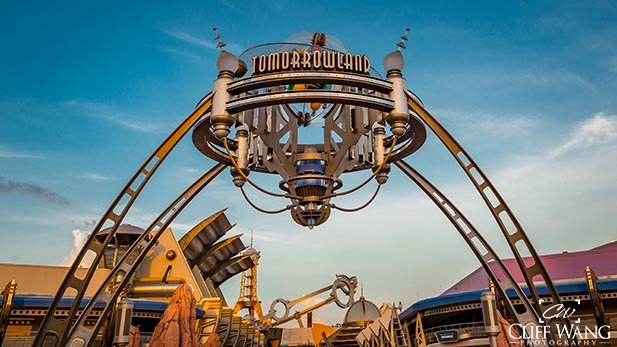 “The future that never will be”

This is Dad’s favorite part of the park. The rides here are the best anywhere. The classics are some of the best Uncle Walt himself created. There is nothing more relaxing than the Carousel of Progress or Tomorrowland Transit Authority.

If you like things a little quicker then Space Mountain and Astro Orbiter are quite invigorating. Want to have a little fun? Try Monsters Inc. Laugh Floor.

The best of the Magic Kingdom is at Tomorrowland. Buzz Lightyear is the best ride at Disney World (in Dad’s opinion).

This is Dad’s favorite part of any park. 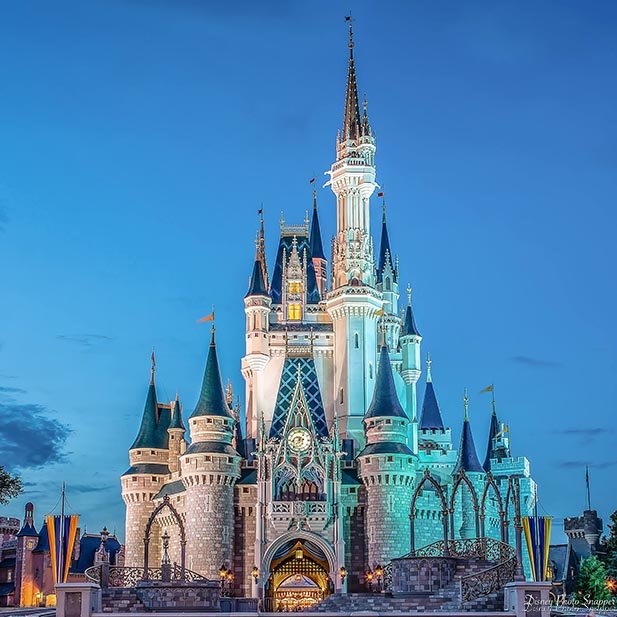 The heart is Cinderella Castle – photo by Brett Svenson

Cinderella Castle is the center of the park. For very good reason, it’s amazing. The 189 foot castle towers over everything else in the park (even the other castles behind it). It draws you to it’s spires and it’s majesty. Girls and Boys of all ages dream of living in the castle. (Dad still does.)

Cinderella Castle is Florida’s most photographed landmark and maybe the worlds most recognized icon. Every person with a camera has to take at least one (and usually a hundred) pictures of the castle. The castle also makes the perfect background for a fireworks show.

Everyone should experience the knee buckling experience of seeing Cinderella Castle. Whether it’s your first trip down Main Street or your thousandth, the first glimpse of, well the castle is just Magic.

It will bring tears to your eyes. (Yes guys, sometimes it’s OK to cry.)

So when is the best day of the week to visit the Magic Kingdom? It’s any day. Yes, every day is a good day to go to the park, but some days are a little better than others. Check this out. 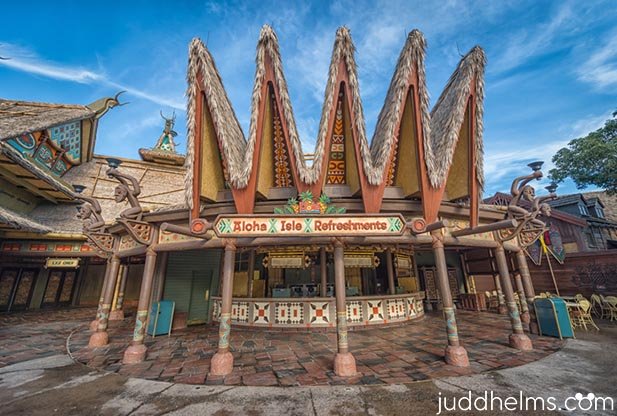 Dad’s favorite place for a snack – photo by Judd Helms

The Magic Kingdom is not famous for it’s fine cuisine, but it does have one of the most coveted restaurants at Disney World. 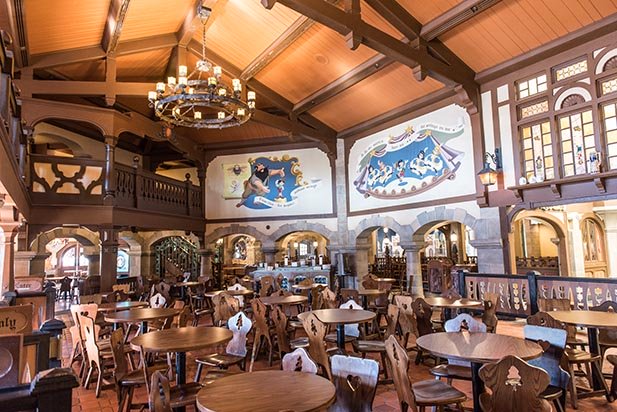 It’s funny that the simplest restaurants can be the best. Casey’s is a not to be missed experience. They are all something special to behold. 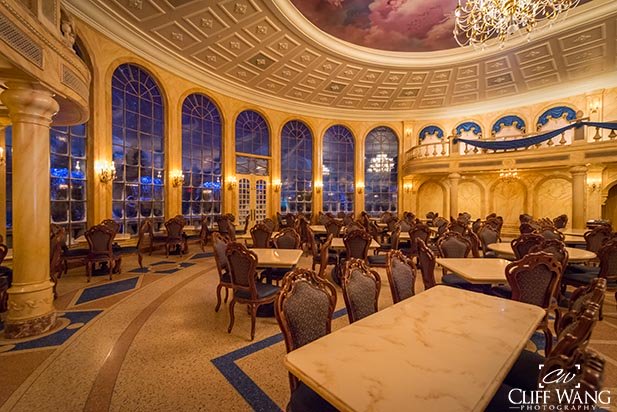 While small in number, the Table Service Restaurants are really, really special. Cinderella’s Royal Table may be one of the best dining experiences for a family anywhere.

Tony’s, Liberty Tree Tavern and Crystal Palace are interesting and unique and have some great food. Try them all.

Grabbing a bite to eat has gotten more interesting in the last few years. There is some really “fine” dining and some really good grub available in the Magic Kingdom. Enjoy. 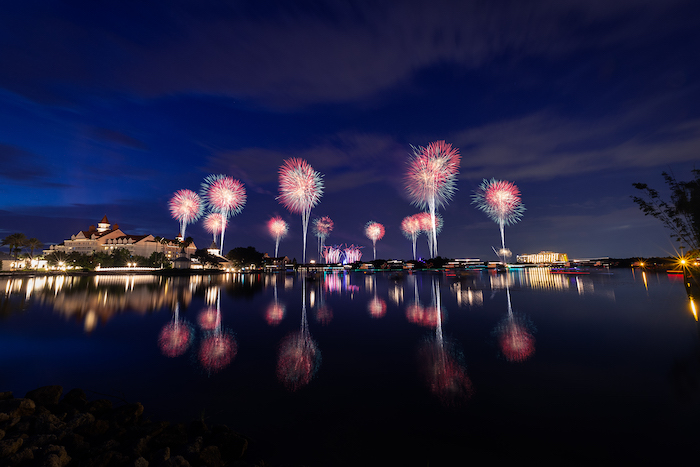 The fireworks are just incredible, even from far away – photo by Courtney Reynolds

The Magic Kingdom is more than just the rides. It’s more than the food. Some of the best entertainment Disney offers can be found on these streets. 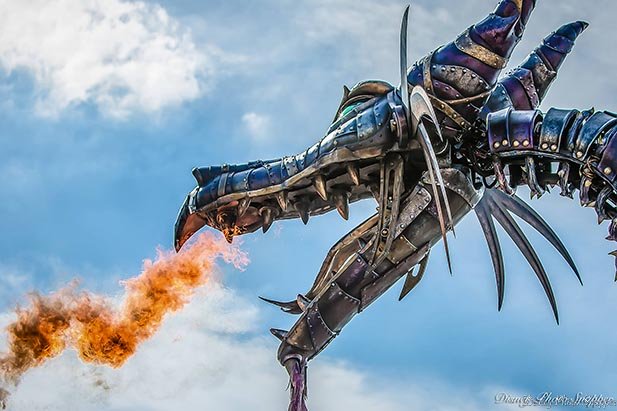 Uncle Walt loved parades and if you’ve seen any parade put on by Disney you know that they are the best. Period. The afternoon parade had been a fixture ever since the park opened.

(The parades are great, but they don’t hold a candle to the parades that happen after dark. What a show.)

Make sure to find a spot to watch these great shows early because the best spots will fill up quickly. Sometimes people line up 2 hours before the parade starts. (Dad has.) 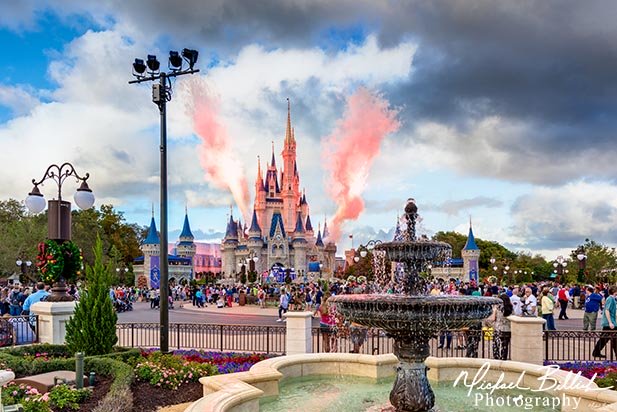 Every day there are several stage shows that thrill guests all around the Magic Kingdom. Whether it’s dancing with Mickey or the Country Bears or learning to be a Pirate.

These are something special.

Disney knows how to entertain a crowd. I want to be a Pirate. Pick me! 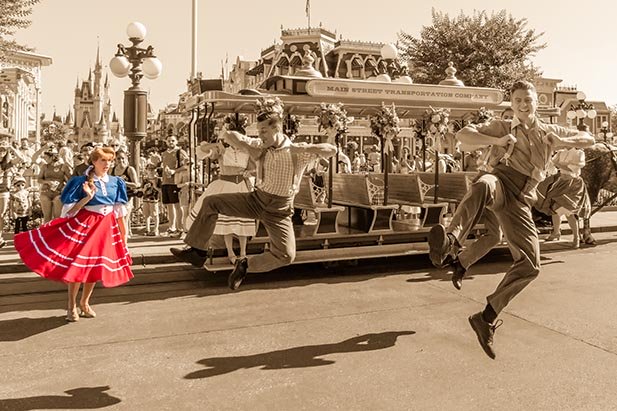 The little extras are what separate Disney Parks from other theme parks. Some of these are mind blowing and some are just simple daily activities that bring a special feel to the park.

Check out the schedule on your map to see what shows, parades and little things that are happening during your visit. Take advantage of some of the best entertainment Disney has ever developed. 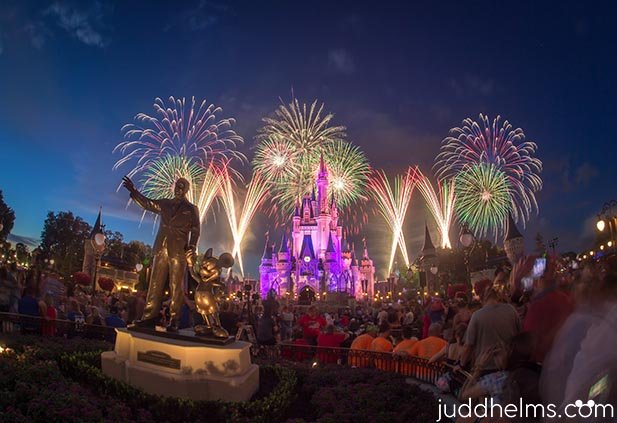 Fireworks cap off a busy day – photo by Judd Helms

And of course the day ends with the best shows anywhere. Every night, the best fireworks show in the world ends the day at the Magic Kingdom.

Happily Ever After is the name of the night time fireworks show. It’s a 18 minute spectacular filled with flashing lights, laser, special effects and so much more.

Happily Ever After is the perfect storybook way to end the day.

Dad’s Happily Ever After page

Special Events During the Year

The Magic Kingdom has a some of magnificent Special Events during the year. 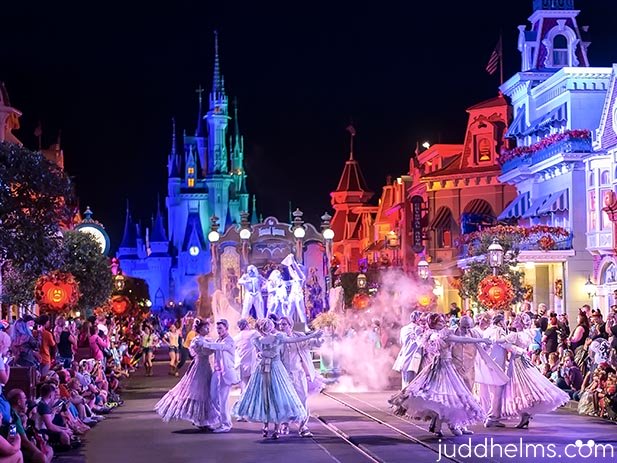 While Christmas is special, Halloween is spooky (in a Disney way). At Halloween, there are special shows, parades as part of the celebration of the least scary time of the year.

Halloween at the Magic Kingdom means Mickey’s Not So Scary Halloween Party. It’s a special time where guests don the costumes and can even Trick or Treat all through the park.

The parade is led by the Headless Horseman and a group of fun zombies. Like the name says, it’s all Disney fun and not really scary at all.

The Magic of Christmas 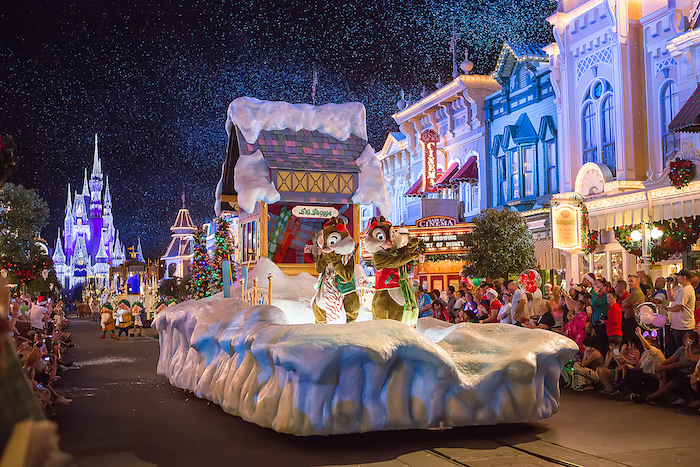 Disney knows how to throw a party and Mickey’s Very Merry Christmas Party is one of the best parties you’ll ever attend. It snows on Main Street. There is a very special fireworks show hosted by Minnie Mouse. There is even hot chocolate and cookies and the best parade you’ll ever see.

The first few days in December, they tape the Christmas Day parade show right on Main Street. There are lots of celebrity entertainers and big names all around.

It doesn’t get any better than this. 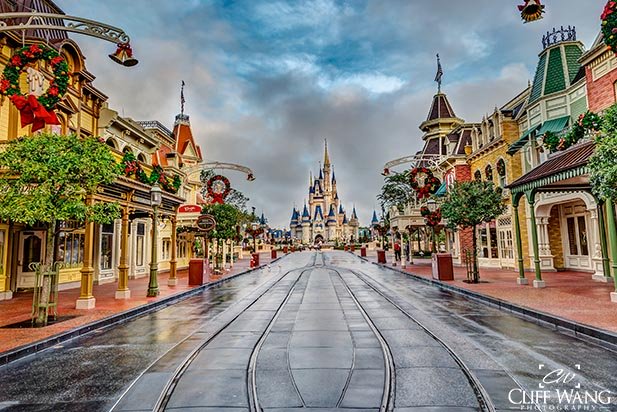 Oh for a day with no crowds – photo by Cliff Wang

Mickey Mouse’s house is the busiest theme park in Florida, for a great reason. It’s magic. Crowds during the year range from the not very busy January day to Christmas Day where they actually close the park to new guests.

Dad’s Guide to avoiding the crowds

Want to win a gift card? Check out Dad’s Nine by Noon Magic Kingdom Challenge. Can you complete 9 rides at the park by noon? Easy right? Good come on over and take the challenge.

Dad believes this is the best theme park in Florida, and for that fact, the whole world. Everyone should go to Disney World and see the house that Mickey Mouse built.