“Hi Dad, we are going to WDW in February over President’s Day for my daughter’s gymnastics competition. Unfortunately the schedule for when she’ll be competing isn’t released until a month before… so we cannot book our Fast Pass’s until we know what days she’ll actually be competing!

Any advice in this situation? We had our first trip in December and I was johnny-on-the-spot with my reservations… so I’m feeling like we’ll be at a disadvantage this time!!! A friend suggested going ahead and making the reservations (we have 2 day tickets) and maybe we’ll get lucky and the two days that I made reservations for will actually turn out to be the two days that we get to go to the park… thoughts on that? 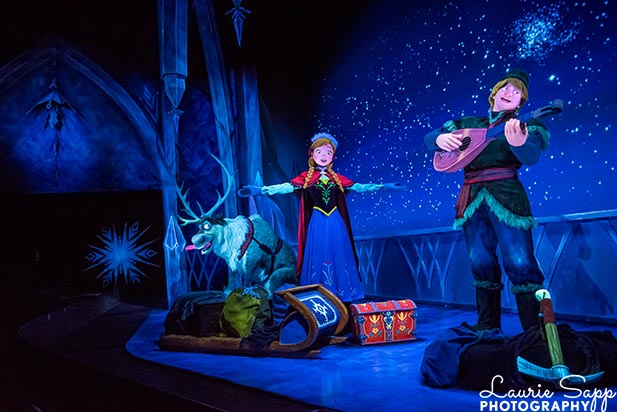 Joanna, you are at a disadvantage by not knowing exactly when you’re going to be at Walt Disney World. That 60-day making park FastPass reservations is a great perk for Disney hotel guests. It is just a big deal to be able to get that extra 30 days because at 30 days or at whenever you find out about it, less than 60 days, you’re not going to be able to get Soarin’ and Flight of Passage. They’re going to all be booked up because the big ones go quickly, even the first day that quickly. You really won’t be able to get them.

What should you do? I would suggest that at the 60-day mark, you pick two days, and you go ahead and make your FastPass+ reservations, the two days you think are most likely for your daughter to be available and you make reservations for those days.

You’re not going to necessarily go to EPCOT both days, but, that way, you are guaranteed to have a reservation for Frozen Ever After if you end up there one of those two days and, probably, the chances of you being there one of those two days is pretty good. If you end up being there on both of those days, then you cancel one of them and you find something else, and maybe you cancel all of them since they’ll all be EPCOT and do some other park.

The bottom line is that, yes, you are at a disadvantage. Be very careful. Pick days that you think you might be there, and if there is a ride that you must ride, make reservations, make FastPass reservations both days for that ride.